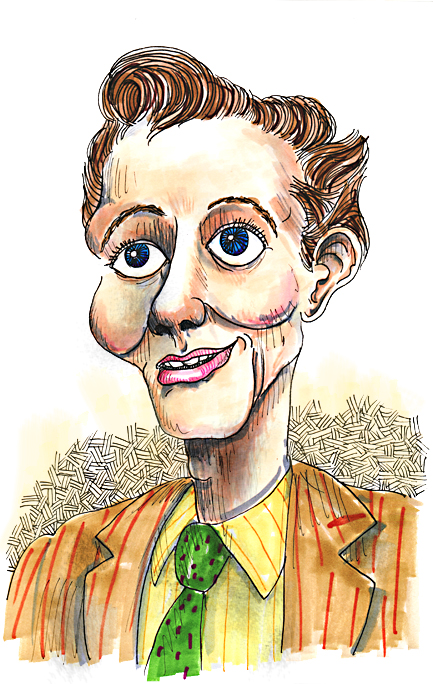 They can’t compare to Scotty Beckett.

Scotty made his debut in the Our Gang  comedies playing Spanky’s best friend for a little over a year until he left to star in feature films. He was replaced by Carl “Alfalfa” Switzer. From 1936 until the early 1950s, Scotty was one of the most popular and sought-after child actors, appearing in over sixty shorts and full-length features. He acted opposite big-name stars of the time, like Charles Boyer, Greta Garbo, Spencer Tracy and Errol Flynn. He became friends with other up-and-coming young Hollywood stars like Jane Powell, Elizabeth Taylor and Dickie Moore (who gave Shirley Temple her first on-screen kiss). His career included a mix of small, low-quality pictures and big-budget productions, including the Academy Award-nominated Anthony Adverse  in 1936. Scotty landed the role of the young Al Jolson in The Jolson Story  in 1946, despite a previous run of sub-par films.

At nineteen, Scotty, now a USC dropout, was arrested for drunk driving after crashing his car. During his booking, he bolted from the police station. In 1949, he eloped with tennis star Beverly Baker. On their Acapulco honeymoon, a jealous Scotty threatened a man at the hotel pool. The marriage lasted five months over allegations of Scotty’s controlling and abusive behavior. Scotty had tried to get Beverly to quit tennis and stop seeing her parents.

In 1951, Scotty married actress Sunny Vickers after she became pregnant.  Scott Hastings Beckett, Jr. was born five months later. The bad publicity of his earlier divorce, coupled with his forced marriage to Sunny, made Scotty a Hollywood outcast. Between 1952 and 1954, Scotty was only able to get two small acting jobs. As his friends Elizabeth Taylor and Jane Powell had blossomed into bona-fide stars, Scotty was offered the sidekick role of Winky in the low-budget, hokey, space soap opera Rocky Jones, Space Ranger.  He was also arrested again for carrying a concealed weapon and passing bad checks.

In February 1955, the Cavalier Hotel in Hollywood was robbed of a little more than $130 in cash. The masked bandit pistol-whipped the desk clerk, and disappeared. A search of the hotel revealed a man passed out drunk in the basement, armed with a gun and knife. It was Scotty Beckett. He was arrested and charged with possession of a weapon, but not with the robbery because the money was not found and the clerk could not provide a positive identification.  After posting bail, Scotty and his family fled to Mexico, where he wrote several checks to local merchants drawn on non-existent banks. When Mexican authorities caught up with him, he exchanged gunfire with them until he was captured. Scotty spent four months in a Mexican jail. When he returned to Los Angeles, he was dropped from his role in Rocky Jones.  A little more than a month later, Scotty was arrested in Las Vegas, once again for bouncing a check. Two years after that, he was arrested at the US-Mexican border smuggling illegal drugs. Sunny divorced him and took full custody of Scotty Jr. Scotty tried suicide by swallowing a bottle of sleeping pills. He was unsuccessful.

After his second drunk-driving arrest of 1959, Scotty smashed his car, fracturing his skull, thigh and hip, and suffered multiple lacerations to his head. The wreck crippled him for the rest of his life. Depressed and despondent, Scotty slit his wrists in another unsuccessful attempt at suicide. His third wife, Margaret, and her teenage daughter, had had enough and began packing to leave their home. Scotty assaulted his step-daughter with a wooden crutch he now used after his car accident.

Scotty checked into the Royal Palms Nursing Facility after suffering a beating from a drug deal gone wrong. Two days later he achieved the suicide result he was looking for. Scotty died from an overdose of barbiturates. He was 38 years old.