The Illustration Friday challenge word this week is “transportation”. 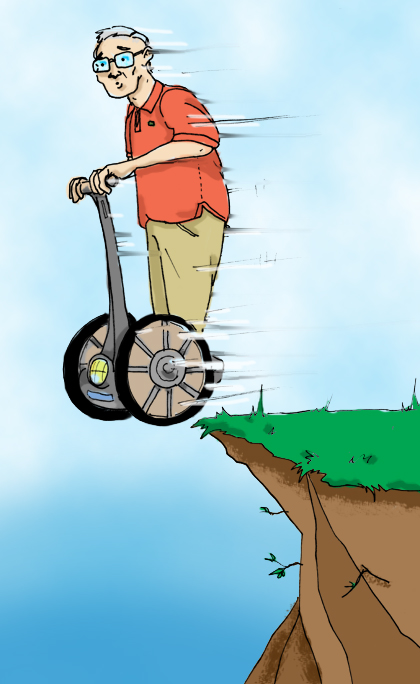 In 2001, after a buzz of preliminary publicity, a two-wheeled, self-balancing electric vehicle was introduced to the public. It was called the Segway. By 2006, approximately 23,500 had been sold.

On September 26, 2010, Heselden was riding his Segway on his Northern England estate when he veered off a cliff and plummeted thirty feet to his death.