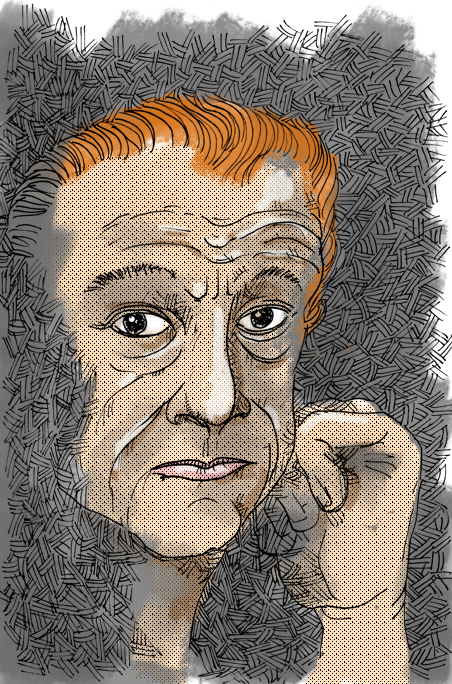 Wallace Wood began his influential career in art as an apprentice under several of his own influences, Will Eisner and George Wunder, who had taken over the popular comic Terry and the Pirates from creator Milton Caniff. Wallace, a graduate of New York’s School of Visual Arts. soon moved on to famed horror comic publisher EC, where he contributed to Tales from the Crypt.  He then became one of the main writers and illustrators for EC’s fledgling humor magazine MAD.  Wallace’s style was perfect for the comic parodies like “Superduperman” and “Batboy and Rubin”.

Very much in demand, Wallace worked for the top comic publishers, including Marvel, DC, Warren, Gold Key, Avon and even the Wham-o Toy Company. He eventually tried his hand at publishing himself, creating Witzend  magazine, featuring artwork by underground artists like Vaughn Bode and Jeff Jones, as well as his own creations. He also published several issues of explicitly pornographic comic parodies of Snow White, Prince Valiant and Tarzan, each using the identical styles of the originals.

Plagued by chronic headaches and bouts with alcoholism over his entire adult life, Wallace suffered kidney failure and a stroke that left him blind in one eye. With his health declining, as well as the demand for his artistic services, Wallace committed suicide by gunshot in 1981 at the age of 54.