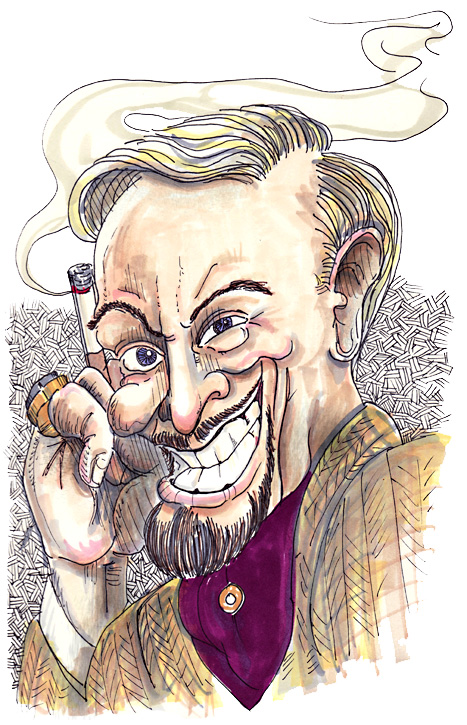 Jack Cassidy achieved early fame as musical performer on Broadway for over twenty years. He won the Best Featured Actor Tony Award in 1963 for his role in She Loves Me, a musical reworking of the play Parfumerie  (which, itself, made been remade several times as Shop Around the Corner  and, most recently, You’ve Got Mail). He also appeared in dozens of guest roles in episodic television – displaying his skills in both comedy and drama – and a handful of theatrical films. He earned two Emmy nominations. He was featured in a memorable role on the Mary Tyler Moore show as Hal Baxter, the equally pompous brother of news anchor Ted Baxter (played by the late Ted Knight).

He experienced a small resurgence in popularity in the early 1970s, however not necessarily for his own talents. Jack’s son, David, was the hottest thing on television, playing heartthrob Keith Partridge on the hit series The Partridge Family. Jack’s jealousy of David’s success increased at the same rate of his son’s popularity. It didn’t help matters that Jack’s wife (and David’s step-mother), Oscar-winning actress Shirley Jones, was also featured on the show and was enjoying comparable glory. From Jack’s perspective, they were being rewarded with the great success that had eluded him and that he rightfully deserved. He was extremely critical of David’s and Shirley’s performances. He belittled the show itself, pointing out that he was a true actor and what they were doing could not compare.

In 1974, The Partridge Family’s run came to an end and, at the same time, Jack’s alcohol consumption increased. David observed his father’s behavior had become erratic and unpredictable. Jack’s neighbors noticed similar action, when one afternoon Jack was spotted watering his front lawn in the nude. Another incident, a short time later, had Jack proclaiming himself to be Christ. He was admitted to a psychiatric facility. His marriage to Shirley was essentially over.

In 1976, newly-single Jack moved into an apartment in West Hollywood. In the early morning of December 12, 1976,  Jack passed out, possibly from excessive drinking, while holding a lit cigarette. The couch caught fire and it quickly spread through the apartment. Jack’s body was found on the floor, as though he had been crawling toward the sliding glass doors to safety. He was so badly burned that he was identified by dental records and a pinkie ring that he was never without. Jack was 49.