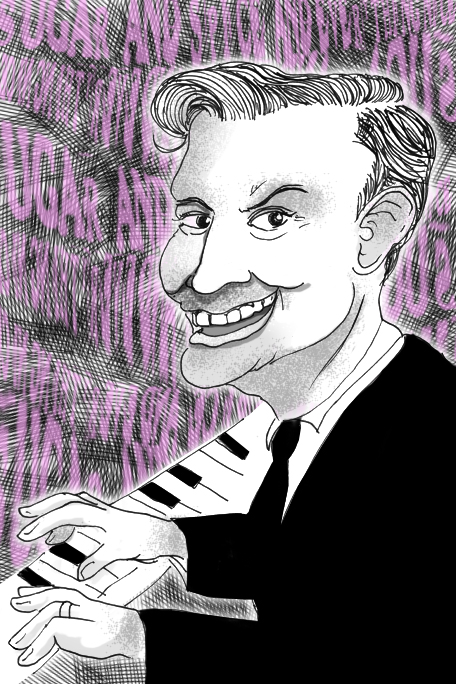 Billy Tipton was a jazz pianist who performed to moderate success in the Spokane, Washington area in the late 1940s through the 60s. His small group, The Billy Tipton Trio, played regular gigs for years at many popular jazz venues in the Pacific Northwest. He recorded and released two albums of jazz standards for independent Tops Records, but shunned further offers in favor of continuing his live appearances.

Billy had serious relationships with five women. These relationships lasted for years with several of the women identifying themselves as”Mrs. Tipton,” although he only eventually married former stripper Kitty Kelly. Billy had informed Kitty, as he did his other intimate companions, that he had been involved in a horrific auto accident, leaving him with permanent ribcage damage, disfigured genitals and rendering him sterile. He was forced to wear a tight, binding cloth around his torso to ease his pain and enable him to function.

Billy and Kitty adopted three sons and Billy loved the role of “family man/father”. He was an active PTA member and often accompanied his boys on Boy Scout activities. As the children came into their teens, their wild behavior was the cause of many arguments between Kitty and Billy. Billy left the house, opting to move into a trailer home with his boys. As the years went on, the boys left Billy on his own. With his music career long in his past, Billy had no income and lived in poverty.

In the late 1980s, Billy fell seriously ill from a hemorrhaging peptic ulcer. He refused treatment and died in 1989 at the age of 74. Kitty and the children contacted Ball & Dodd Funeral Home to make Billy’s final arrangements. While Billy’s body was being prepared for burial, the funeral director informed the family of a startling discovery. Billy was a woman.

Billy was born Dorothy Lucille Tipton in Oklahoma in 1914 and had lived his life as a man for 54 years. Each of his female companions were given and convinced by the same “accident” story. Billy insisted to making love in the dark and preferred to do the touching rather than being touched. In the darkness, he was able to conceal a prosthetic penis he wore attached to an athletic supporter. A shocked Kitty tried to cover-up the truth, but son William went public and made many talk show appearances and happily gave interviews to both tabloids and more reputable papers.