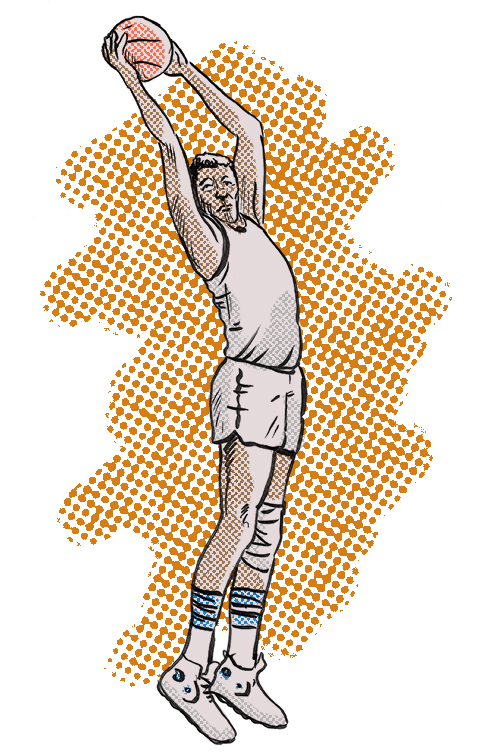 At 6′ 11″, Mel Turpin dominated the court as starter for the University of Kentucky Wildcats basketball team in the 1984 NCAA Final Four. He was the Southeastern Conference scoring leader and still holds the record for most field goals in SEC tournament play. At center, he was an aggressive player, scoring 42 points in a game against Tennessee.

He was the sixth overall pick in the first round by the Washington Bullets in the 1984 NBA Draft. Although there were high hopes for Mel, he was immediately traded to the Cleveland Cavaliers. But, Mel never achieved his full potential in the NBA. He struggled with fluctuating weight, earning him the derisive nickname “Dinner Bell Mel”. He was traded to the Utah Jazz and then back to Washington where, after five unremarkable seasons in the NBA, he called it a career. In a year that included future superstars like Charles Barkley, Hakeem Olajuwon, John Stockton and Michael Jordan, Mel Turpin was considered one of the biggest disappointments in draft history.

After his retirement, Mel worked as a security guard.