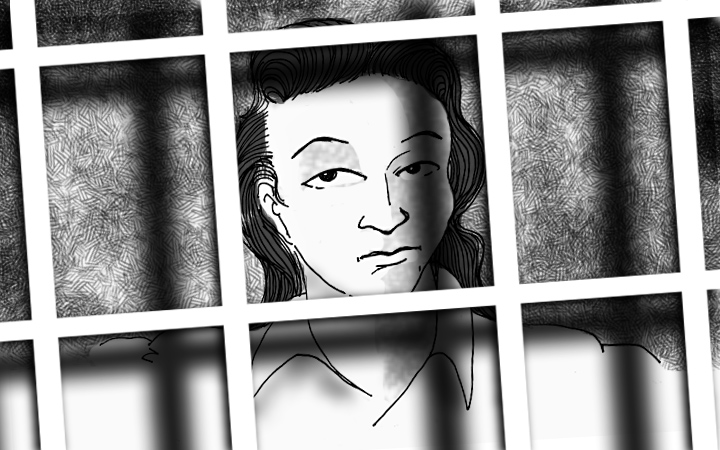 The name “Tokyo Rose” was a catch-all  for a collective of women whose voices were heard on Radio Tokyo’s “Zero Hour” broadcasts during World War Two. These were radios shows presented specifically for US servicemen. They featured popular American swing and big-band music and brief comedy and chit-chat mixed with non-political news. The treasonous stigma that became attached to “Tokyo Rose” was pinned, unjustly, on Iva Toguri.

Iva Toguri was born in Los Angeles, California on Independence Day 1916. In her pursuit of a career in medicine, she attended and graduated from UCLA with a degree in zoology. One day after her 22 birthday, Iva sailed from Los Angeles to Japan to further her studies and to care for a sick aunt. She left without a passport and was issued a “Certificate of Identification” by the US State Department. While in Japan, she contacted the US Consul and applied for a passport, but the process was interrupted when Pearl Harbor was attacked later in the year and the US went to war with Japan. Iva, an American citizen now stranded in Japan, remained voluntarily for the duration of the war. She enrolled in Japanese language classes and landed a job as a typist for Radio Tokyo. She was pressured by the Tojo-controlled Japanese government to renounce her American citizenship. She repeatedly refused.

In November 1943, Allied POWs forced to broadcast propaganda selected her to host portions “Zero Hour.” Her producer was an Australian Army officer with previous radio experience. Iva knew some other POWs from the times she smuggled food and blankets into camps. Although she refused to broadcast anti-American propaganda, Iva, using the on-air name “Orphan Ann” (Orphan because of her stranded status and Ann being short for “announcer”), was regularly featured on weekday installments of “Zero Hour”. Scripts for her show never featured any anti-American propaganda. Army analysis suggested that the programs had no negative effect on troop morale and that it might even have raised it a bit. She used some of her $7 per month salary to continue to smuggle food to POWs.

After the war, the several press sources identified Iva as “Tokyo Rose” and the US Army had her arrested. An investigation followed and Iva was released for lack of concrete evidence. Once again, Iva applied for a passport and a campaign, led by broadcaster Walter Winchell, demanded that Iva be considered a traitor be arrested and tried.

Iva appeared before the Department of Justice in what would become the most expensive trial in US history to date. A parade of witnesses offered testimony after perjured testimony, including several who were coached by reporter Harry Brundidge, a zealot of questionable morals. Although Brundidge steered clear of the proceedings, his indelible witch-hunting mark was prevalent throughout. Many of the defense’s witnesses were denied appearances and hundreds of hours of actual recordings of Iva’s broadcasts were never presented. On September 29, 1949, the jury found her guilty on one count of treason. The jury ruled that: …on a day during October, 1944, the exact date being to the Grand Jurors unknown, said defendant, at Tokyo, Japan, in a broadcasting studio of the Broadcasting Corporation of Japan, did speak into a microphone concerning the loss of ships.  This verdict was based on several fabricated stories and recorded speeches whose announcer was never identified. Iva was sentenced to ten years imprisonment and fined $10,000.

In January 1956, Iva was released from a federal prison, where she had served a little over six years of her sentence. In 1977, on his last full day in office, President Gerald Ford granted her a full and unconditional pardon. Iva passed away in 2006 at the age of 90.