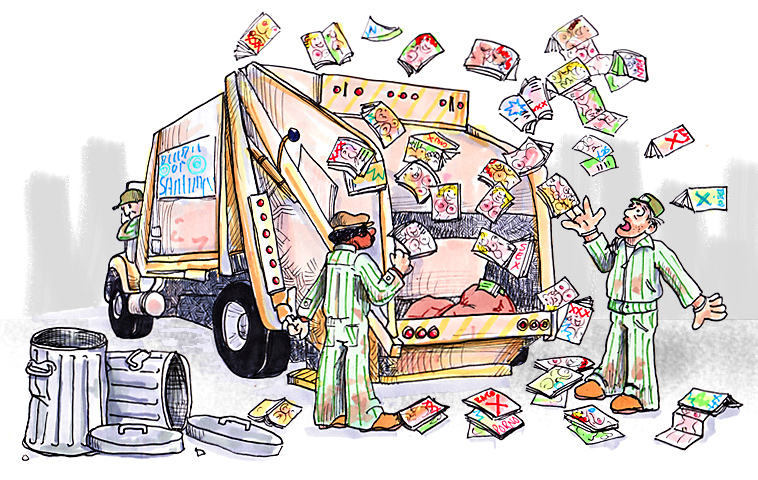 My dad was a simple man and he loved simple things. He loved the Philadelphia Phillies. He loved breakfast at the Heritage Diner. And he loved pornography.

I’m not talking about the occasional Playboy magazine that, as a nine-year old, I stumbled across hidden under some shirts in a bottom drawer or the lurid novel stashed behind the clothes hamper in the bathroom. Sure, my dad owned several copies of Playboy and Penthouse, but his tastes leaned towards the more — shall I say — exotic.  These weren’t artful shots of lithe beauties, softly-lit and airbrushed to flawless perfection. I’m talking full-color, foreign-published, plain-brown-envelope, hard-core stuff. These tomes were filled with grainy photos of skanky women in various stages of undress, bent into impossible positions and inserting any one of a number of varied objects into any one of a number of body orifices. This was harsh and shocking stuff in the pre-Internet days of the 1960s. A thousand times more shocking than the sanitized material distributed by Hugh Hefner’s fledgling publishing empire.

My dad thought he was clever and wily and that only he had knowledge of his pornography collection. I can’t understand how he could believe this while sharing a house with his wife and two young (and curious) sons. My father was terrible at hiding birthday gifts and his beloved Tastykake snacks  from his family and he was just as terrible at hiding his pornography collection. My mom used to joke that nothing could get past her, but my brother and I were not so sure she was joking. She knew about things that she couldn’t possibly have known — from the whereabouts of a mysteriously missing cupcake to a failing grade brought home on a hidden school test. My father’s porn accumulation was no exception. My mom was fully aware of my dad’s explicit cache. On a semi-regular basis, while my dad was at work, my mom would gather up his X-rated stockpile. She’d load it into several heavy paper grocery-store bags until they were at the point of bursting. Then she’d cap each one with another inverted bag for extra security and privacy. She’d carry each bag, sometimes numbering four and five, to the curb and place them alongside our metal trash cans, where they would wait until the municipal sanitation department truck came for its weekly pick-up. After a few days, my father was obviously frantic. He would search for his pornography in the most casual and unassuming manner. My mom would smile silently and relish in his frustration. He couldn’t very well come out and say to his wife, “Hey, where’s all my pornography?” It was an unspoken ritual. They were both aware of what had transpired, but neither one would dare give verbal acknowledgement.

One day, my mom decided the time was right to “clean house” of my dad’s smut reserve. While my father was at work, she went from hiding place to hiding place and gathered the material up into the grocery bags. With the second bag securely capped on top of each bundle, she placed five or six of the obscenity-stuffed packages at the curb in front of our house. Soon, the trash collection truck appeared, slowly making its way up the block as the workers methodically emptied the neighbors’ refuse into the truck’s rear receptacle. When enough trash had filled the open cavity at the truck’s posterior, one of the workers would pull a lever and the garbage would be compacted back into the large storage area that made up the bulk of the vehicle’s size. Eventually, the truck rolled up to the Pincus curb. One of the workers ambled over to our trash cans, while the other hefted two of the paper sacks holding the lewd contents. He tossed them into the truck. They mingled with the coffee grinds and empty cans and the usual household discards as he returned to the curb for the remainder of the bags. After adding the last few bags to the repugnant mix, he decided the mass needed compacting to make room for the rest of our blocks’ rubbish. He pulled the lever and the machinery roared to life, as a huge steel plate forced the garbage back into the depths of the truck’s auxiliary stowage. Suddenly, under the pressure of the equipment and the sheer volume of trash, several of the bags burst, spewing their lascivious filling into the air. A cloud of vulgarity rained down. One worker realized what had happened and yelled “Stop! Stop!” as the other quickly disengaged the compacting switch. The two workers dropped to their knees and grabbed at the printed material that was now scattered in all directions, shoving it in their pockets and arranging it into neat little stacks. The driver climbed out of the cab to investigate and soon joined his colleagues in their pursuit of free porn. My mother watched, unnoticed from our kitchen window, as the trash collection was halted for a good twenty-five minutes, while the three sanitation workers reaped the spoils of hitting the erotica jackpot. When every last piece of my dad’s collection had been retrieved, the truck continued on its way up the street.

In the house, my mom chuckled to herself. She knew she had a great story that she wouldn’t tell to me until years later. A story she never told my father.