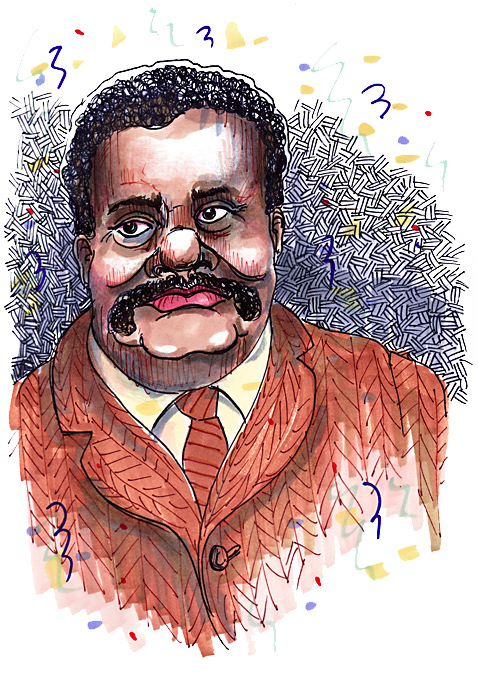 William Darby, the son of a freed slave, was born in 1796 and orphaned as a child. As a youngster, he joined up with William Batty, the owner of a small travelling circus. The young Darby quickly picked up numerous acrobatic skills. Soon after, he trained with another circus owner, Andrew Ducrow, under whose guidance he became a first-rate equestrian, acrobat, tightrope walker and trainer of show horses. By the 1830s, Darby was billed in the press as the loftiest jumper in England. It was about this time that Darby began calling himself  “Pablo Fanque” and started a circus of his own. With just two horses, he performed mostly in the north of England until his show gradually developed into a full-fledged circus including clowns and acrobatic acts. He became the first black owner of a circus in England’s history.

Fanque’s circus featured such illustrious and renowned performers as aerialist and all around-performer William Kite and high wire-walker, equestrian, trampolinist and clown John Henderson and his equally-talented wife Agnes. The Hendersons had traveled all over Europe and Russia during the 1840s. John Henderson’s specialty was executing somersaults (or “somersets”, as they were then called) over banners, known as “garters”, held between two people. He became airborne with the aid of a trampoline, which in those days, was a wooden springboard rather than a stretched canvas. By the late 1840s, Fanque’s circus was one of the best known in the country. During one performance, part of a wooden seating structure collapsed and Fanque’s wife, Susannah, was struck on the head by several heavy planks and killed.

Fanque continued to run his circus after his wifes death and eventually included his children in the performances. He encountered relatively little racism in the course of his career. A prominent member of the British Showmans Guild said “In the great brotherhood of the equestrian world there is no color line. Although Pablo Fanque was of African extraction, he speedily made his way to the top of his profession. The camaraderie of the Ring has but one test and that is ability!”

Pablo Fanque passed away in Stockport, in Greater Manchester, England, at the age of 75. Nearly a century later, John Lennon discovered an old playbill from 1843 advertising a benefit performance for one of his circuss stars. Lennon adapted some of the wording on the poster to write the song Being for the Benefit of Mr Kite”.