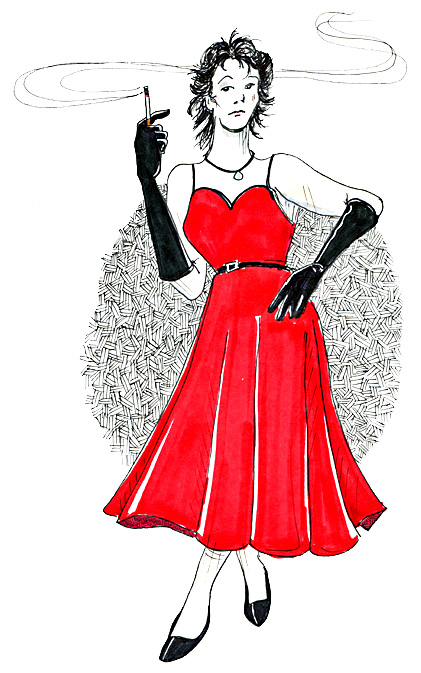 In 1980, a little band from Akron, Ohio called The Waitresses released the catchy novelty song “I Know What Boys Like” to relatively no recognition. The song was re-released in 1982 as the first single from the Waitresses’ debut Wasn’t Tomorrow Wonderful. This time, the song reached number 62 on Billboard Magazine’s Top 100.

In 1982, a new sitcom called Square Pegs took over the time slot once occupied by perennial TV favorite M*A*S*H. The show focused on two friends and their awkward adventures in 80s high school. (One of the friends was played by a young Sarah Jessica Parker.) The show had a new wave vibe to it and The Waitresses were recruited to perform the theme song. They even appeared in the premiere episode. The song “Square Pegs” appeared on The Waitresses’ EP I Could Rule the World If I Could only Get the Parts and was a minor hit. But it was the holiday song “Christmas Wrappings” that earned The Waitresses a place in new wave and holiday history. The yuletide pseudo-rap epic, clocking in at a little over five minutes and anchored by Patty Donahue’s deadpan vocals, has appeared on numerous Christmas compilations and has become a year-end radio staple.

During the recording of The Waitresses’ second full album, Patty Donahue left the band and was briefly replaced by Holly Beth Vincent, former leader of new wave contemporaries Holly and The Italians. Patty eventually returned to the band, but they broke up for good upon the departure of two other members. Post-breakup, Patty laid low. She made a small contribution to Alice Cooper’s Zipper Catches Skin album. She ultimately landed a job in the Artists and Repertoire division of MCA Records, focusing her attention on artist development and scouting talent.