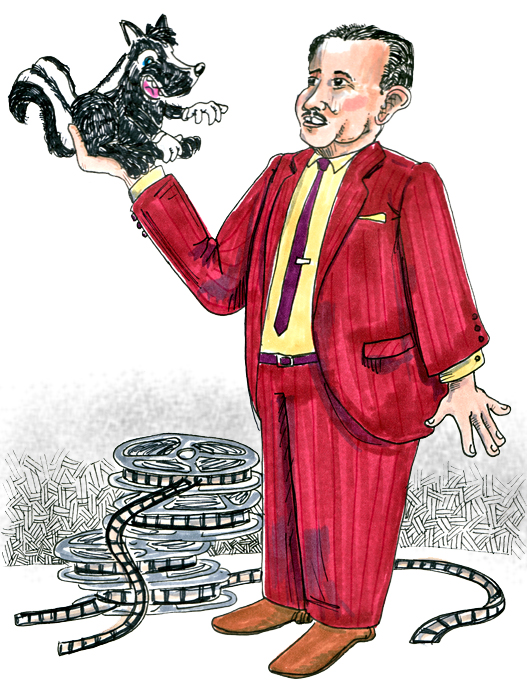 Murray, an entrepreneur as early as his teen years, set up a makeshift bingo game in one of his funeral director father’s cemetery tents. He took his game on the road with a carnival, eventually becoming the traveling show’s manager. In the late 1930s, Murray was using his circus connections to aid a casting director in hiring little people to act as Munchkins in the 1939 film The Wizard of Oz. Shortly afterward, Murray and his wife settled in Hollywood, where famed director Cecil B. DeMille hired him to help promote his circus epic, The Greatest Show on Earth.

The Murrays moved to Miami, where they launched K. Gordon Murray Productions. Murray imported low-budget Spanish-language Mexican-produced films, re-dubbed them and distributed them to theaters throughout the United States. They were to be shown, according to an agreement, exclusively on Saturday afternoons for a limited engagement. The films were unusually-interpreted live-action versions of traditional fairy tales. They were poorly acted with even poorer production. But, since the target audiences were children gorged on popcorn, candy and soda, the quality of the film was not a priority. Entertainment value was most important. And, to kids, these films were entertaining. Murray added some of his own scenes and characters, specifically, Stinky the Skunk and Ferocious Wolf. Murray had local costume shops create Stinky the Skunk outfits for appearances at theaters. He presented over 60 films in almost fifteen years, single-handedly creating the “Weekend Kiddie Matinee”. Films like Little Red Riding Hood and The Monsters and Puss ‘n Boots played regularly. His most popular film, the holiday head-scratcher Santa Claus, was the only film, besides Disney’s Snow White, to be released profitably in theaters every few years for three decades.

Murray expanded his film endeavors to include horror and adult exploitation films, still keeping the same formula of importing and dubbing foreign productions.

In the late 1970s, Murray ran into trouble with the Internal Revenue Service. which seized his library of films and took them out of circulation. In 1979, as Murray was preparing his case against the IRS, he suffered a fatal heart attack at age 57.