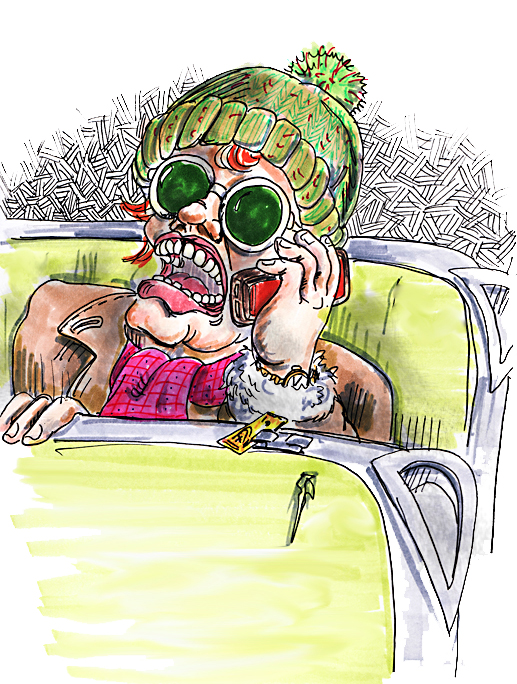 I have been riding the train to work for almost three years. It is a pleasure to let someone else take the responsibility of being in charge of my morning and evening commute. I don’t worry about traffic or weather or other drivers. I also get to see a multitude of “interesting” people everyday. It’s sort of pre-work entertainment. My son rides the train regularly, too, and we often trade stories.

Recently, the Southeastern Pennsylvania Transportation Authority (SEPTA) implemented a “QuietRide Car” on rush hour trains, taking a cue from the larger Amtrak trains. Signs were posted at all train stations and on all trains and frequent announcements were made alerting riders about the QuietRide Car policy. And the policy was very clear. The first car on each peak-hour train is the designated as the QuietRide Car. Cellphones were not to be used. Earphones must be used on music devices and the volume must be set low enough so it cannot be heard by other passengers. Conversations between passengers must be kept short and at a whisper. If you do not wish to follow these rules, you should choose another car for your commute.

Unless you are that guy  and the rules don’t apply to you.

Just after the QuietRide Cars were put into effect, my son related an incident on a recent train ride. He likes to listen to his iPod on the train, sometimes at high volumes that can be heard by other passengers. This particular day, he boarded the train and accidentally took a seat on the QuietRide Car. He unhappily, but obediently, lowered the volume on his iPod. Seated behind him was that guy  an older woman in mismatched winter accessories. From his detailed description, I knew her from mornings at our local train station. Despite signs posted and regular announcements informing riders of the rules of the QuietRide Car, she prohibitively dialed and prohibitively screamed into her prohibited cellphone: “I’m on the Quiet Car! THE QUIET CAR! Yeah, so I can’t talk! What? NO, THE QUIET CAR! I’m not allowed to talk or use my phone! So, I gotta hang up ’cause I can’t talk! I SAID I CAN’T TALK! I’M ON THE TRAIN IN THE QUIET CAR, SO I’M NOT ALLOWED TO TALK!!!!”

My son said this went on until the train arrived at his stop.