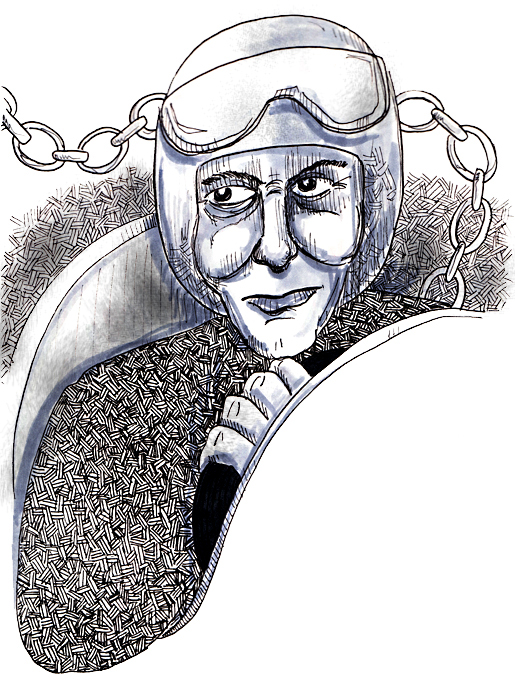 J. G. Parry-Thomas was a race car driver who at one time held the Land Speed Record.

On April 27, 1926 at Pendine Sands Beach in Wales, Parry-Thomas took his car to over 170 miles per hour, despite poor conditions and soft, wet sand. The record would stand for almost a year until it was broken by rival driver Malcolm Campbell on the same beach.

Parry-Thomas was anxious to recapture the record and the glory that came with it. His modified car used exposed chains to connect the engine to the drive wheels and the way that the high engine was situated required him to drive with his head tilted to the right. On his attempt at regaining the Land Speed Record, the right-hand drive chain broke at a speed of 170 miles per hour. The chain whipped up and Parry-Thomas was decapitated.