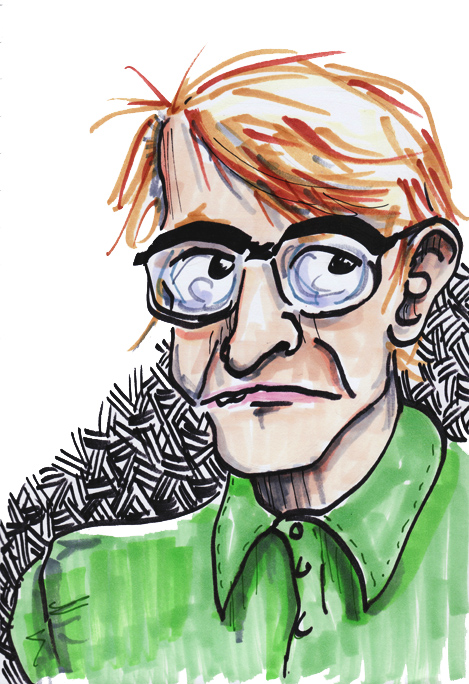 Doug Kenney was one of the founders of National Lampoon magazine. He served as writer and editor from its inception in 1972 until 1977, when he left to pursue his dream of screenwriting. Along with Chris Miller and Harold Ramis, he co-wrote the screenplay for National Lampoon’s Animal House. Kenney even had the small role of Stork and delivered one of the film’s classic lines  “Well, what the hell we supposed t’ do, ya moron?” – his only line of dialogue. Animal House became one of the most popular and most profitable comedies in motion picture history, making Kenney one of the most sought-after writers in Hollywood. He was a millionaire several times over. But, it was clear that all was not well. He would often disappear for days at a time, his marriage was failing, and his abuse of drugs was spiraling out of control. He longed to be doing what he considered to be serious work – writing a novel or producing a movie – and he increasingly thought of himself as a failure. He once threw and entire manuscript away after a writer friend gave it a negative review. Kenney co-wrote Caddyshack, with Brian Doyle-Murray and Harold Ramis. When it opened to negative reviews in 1980, Kenney became extremely depressed. At a press conference, he verbally abused reporters. Friends asked Kenney to seek professional help, concerned about his increased usage of cocaine. Close friend Chevy Chase took him to Hawaii, hoping the relaxing environment would help. However, Chase had to leave the island. After Chase left, Kenney called and invited him to come back. That was the last time anyone heard from Kenney.

Kenney’s body was found on August 31, 1980, one month after Caddyshack’s release. Three days earlier, he had parked his rented Jeep along the road, walked past the sign that warned of the nearby cliff edge, and plunged 40 feet to his death. Kenney died on impact, as his ribs were broken and his skull fractured. The death was ruled an accident.

Harold Ramis said “Doug probably fell while he was looking for a place to jump.”