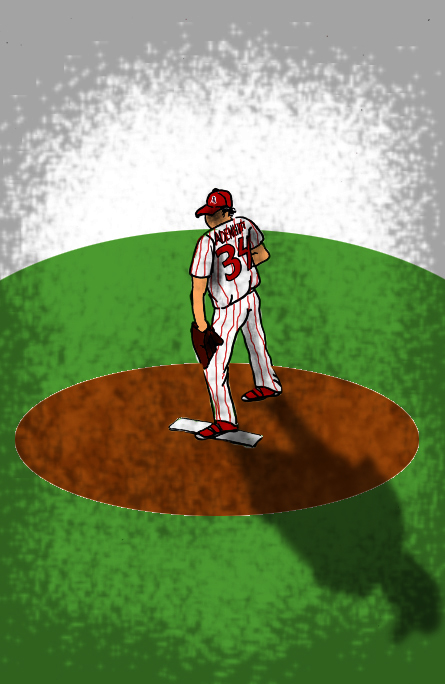 Three nights ago, the only thing on 22-year old rookie Nick Adenhart’s mind was not giving up any runs to the Oakland A’s starting lineup. Nick scattered seven hits and three walks across six innings, while ringing up five Oakland batters on strikes. Nick was looking great in his 2009 season debut as part of the pitching rotation of the Los Angeles Angels of Anaheim. Reliever Jose Arredondo took over pitching duties in the seventh inning and gave up two runs. The Angels sent two more relief pitchers in. One blown save later, the Angels had lost and, although he threw six scoreless innings,  Nick finished the game with a “no-decision”. Nick and his teammates hit the showers. In two hours, a selfish, lowlife, drunk piece of shit named Andrew Gallo would take away Nick’s chance at a second start.

Nick was a passenger in a friend’s Mitsubishi Eclipse as it approached the intersection of Orangethorpe Avenue and Lemon Street in Fullerton, California, a short distance from Angels Stadium. Andrew Gallo, driving with a suspended license and a previous DUI conviction, ran a red light in his Toyota Sienna and smashed into the Eclipse, instantly killing two of the passengers. Gallo fled the scene on foot. Emergency workers arrived and pulled Nick and his friends from the wrecked vehicle. Nick was rushed to University of California-Irvine Medical Center, where he died from injuries sustained in the crash. Gallo was apprehended on an embankment on interstate 91, thirty minutes after the accident.

The day before his first 2009 start, Nick called his dad in his native Baltimore and insisted he fly in for the game. “You’re gonna see something special.” he told his father.

This story was updated in the Orange County Register on June 11, 2009. The driver of the car in which Nick Adenhart was a passenger was legally drunk, according to autopsy reports. She was also under the legal age for the comsumption of alcohol.