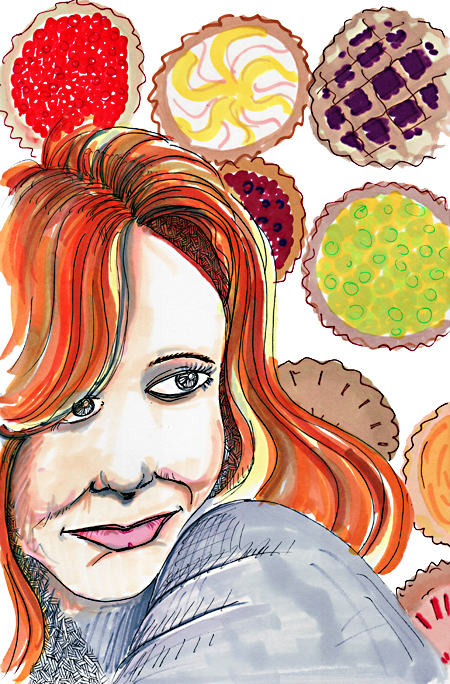 Adrienne Shelly began her career with starring roles in independent filmmaker Hal Hartley’s The Unbelievable Truth in 1989 and Trust in 1990. She followed those roles with parts in Law & Order, Oz, and Homicide: Life on the Street and two dozen off-Broadway plays. She stepped behind the camera as writer and director four times beginning in 1996. With four features under her belt, she wrote, directed and starred in the independent hit Waitress, which premiered at the prestigious 2007 Sundance Film Festival.

Adrienne had an office in an apartment building in Manhattan’s West Village. At 9:30 in the morning on November 1, 2006, her husband dropped her off at the office. He felt it was odd that he had not heard from Adrienne all day. He returned to the building around 5:45 p.m. He, along with the building’s doorman, entered the office and discovered Adrienne hanging from the shower curtain rod, a bedsheet knotted around her neck. Originally ruled a suicide, a police investigation revealed sneaker prints that did not match Adrienne’s, as she was found wearing socks, not shoes. Adrienne’s husband stated that money was missing from his wife’s purse. He also insisted that she would not have taken her own life.
Five days later, police arrested construction worker Diego Pillco, a 19-year-old Ecuadorian illegal immigrant who confessed to killing Adrienne after she complained about the noise he was making in the apartment below hers. Pillco said that he “was having a bad day.”

At his trial, Pillco entered his plea as guilty. He said that, contrary to his original story, Adrienne had not complained about noise. She had actually caught him stealing money from her purse after he slipped into the apartment. When she tried to call the police, he grabbed the phone and covered her mouth as she began to scream. He admitted to choking her with a sheet, tying it around her neck, and stringing her up to make it look like she committed suicide. Pillco received 25 years in prison without parole when he was sentenced in March 2008. At sentencing, Adrienne’s husband was given the opportunity to confront his wife’s killer. He looked Pillco in the face and called him “a coldblooded killer” and that he hoped he would “rot in jail.”

Adrienne’s daughter, Sophie (who was two years old at the time of Adrienne’s murder) is featured in Waitress as Keri Russell’s daughter.