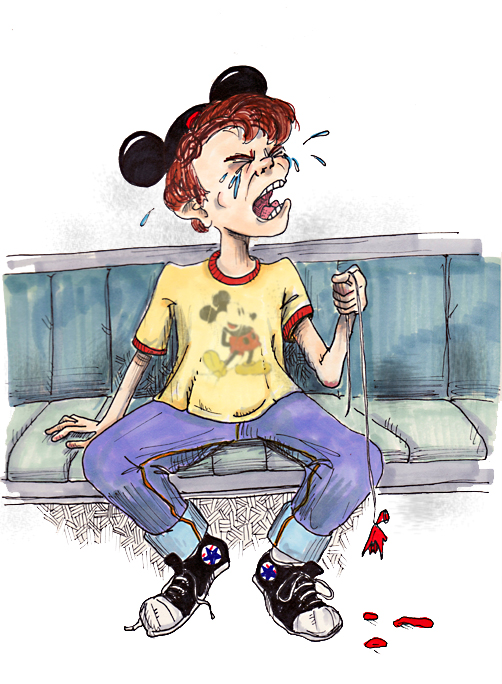 Just prior to turning nineteen, I went to Walt Disney World with three of my friends. This was my first vacation without my parents. I told about this trip in a previous blog post. My first day in Walt Disney’s Magic Kingdom was great. After spending a fun but exhausting day, my friends and I headed back to our hotel. Somnolent, we slogged the length of the sparsely-lit Main Street USA towards the Monorail that would take us to the parking lot. Just before we exited, I purchased a Mickey Mouse-head balloon for fifty cents (remember, this was 1980). There I was, eighteen-years old, springing toward the Monorail with a balloon string in my fist and a wide grin across my face.

We waited on the platform, in the thick and shifting throng, for the next Monorail to arrive. The sleek transport snaked into the station. It came to a silent stop and the hydraulic doors opened with a hiss. The individual cabins were fitted with futuristic bench seats, upholstered in undentable teal plastic. They were not unlike the back seat of my father’s 1968 Dodge Dart. They seated approximately ten passengers. My friends, my balloon and I chose an empty cabin and slid across the seat to accommodate everyone. A young couple and their son joined our cabin and occupied the bench seat opposite us. The boy was about nine or ten and he had a balloon, too. The balloon looked more age appropriate for him than it did me.

The doors to the Monorail shushed back into place and we began moving. I sat, holding my balloon and smiled at the young boy across from me as he held his balloon. Suddenly, without warning, his balloon burst. BANG! It hadn’t touched anything. It hadn’t bumped the low ceiling. It just spontaneously burst  BANG! We were all startled, but even more so, when the boy, just as  spontaneously, erupted into a spewing fountain of inconsolable cries and tears. His parents tried unsuccessfully to comfort him. Instantly, I spoke up and offered my balloon to the boy. “Here,” I said, “you can have mine.” His parents looked at me with expressions of relief and gratitude as I relinquished my balloon. His mom wrapped one arm around the boy’s shoulders and gestured to me with her other arm  her hand palm up and extended in my direction. “What do you say to the nice man?,” she prompted her son. The boy looked up at the balloon. Then, he looked at me with no expression on his small face.