The illustrationfriday.com challenge word this week is “balloon”.
This is the second of two illustrations I did for the topic. Here is the first. 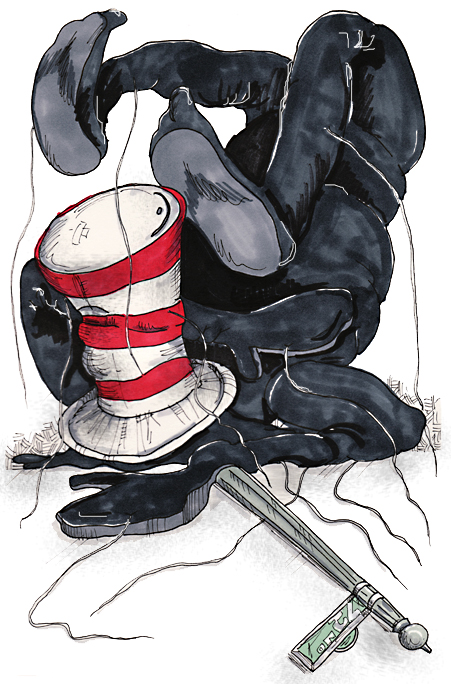 On Thanksgiving Day 1997, Kathleen Caronna was watching the annual Macy’s Parade at 72nd St. and Central Park West alongside her husband and her infant son. In 40 mile-per-hour winds, handlers marching in the parade lost control of the six-story high Cat in the Hat balloon. The errant balloon crashed into a streetlamp. A piece of the streetlamp broke off and struck Ms. Caronna in the head, knocking her unconscious. Caronna was in a coma for 22 days after emergency surgery. She suffered skull fractures, brain damage and partial loss of vision. She filed a $395 million lawsuit against the city, Macy’s and the lamppost manufacturer. In 2001, she settled for an undisclosed amount.