If you are too young to remember when “The Tonight Show“  was hosted by Johnny Carson, then you probably don’t remember Myron Cohen. Myron Cohen was a textile salesman working in New York City’s “Garment District“. Early in his career, he developed client relationships by telling jokes. Pretty soon, his jokes became more popular than his merchandise. Customers urged Cohen to become a comedian. In the early 1950s, Cohen left his job in the fabric industry and began performing in nightclubs. In his act, Cohen told long stories, enunciating each word in beautifully cultured English. He contrasted that by sprinkling masterfully mimicked New York Yiddish accents throughout his narrative. His nightclub performances proved very popular and led to numerous appearances on “The Ed Sullivan Show“  and “The Tonight Show” during the 1960s. He also recorded several popular comedy albums. 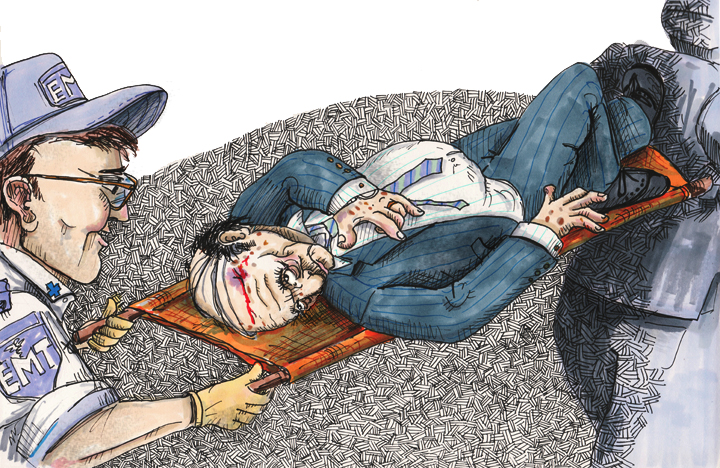 Here is one of my favorite Myron Cohen jokes:

An old man is crossing the street in the Garment District and gets hit by a car. An ambulance arrives and two emergency workers carefully lift the old man onto a stretcher. As they are carry him to the ambulance, one of the EMTs asks the the old man, “Are you comfortable?” In obvious pain, the old man looks up and says, “I make a nice living.”