The challenge word this week on sugarfrostedgoodness.com is “star trek”. 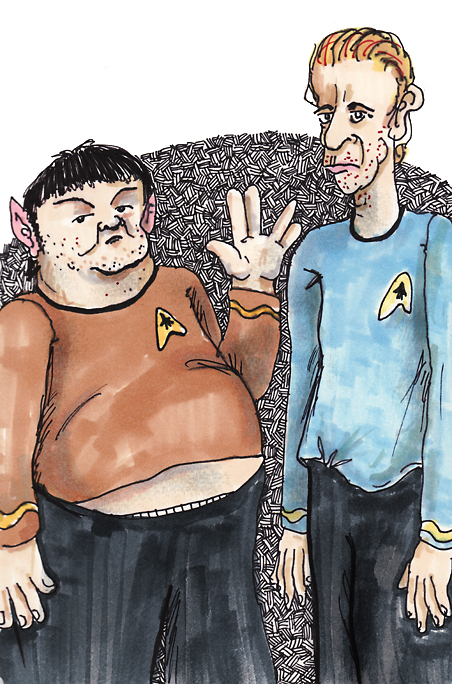 I was never much of a Star Trek fan. I was five years-old when the original series premiered. I’ve seen it, on and off, in reruns for years. I have seen a few of the movies. I just never “got it”.
Whenever I hear “Star Trek” mentioned, I am reminded of an article by Gilbert Gottfried (yes, that Gilbert Gottfried) that appeared in National Lampoon Magazine years ago. The article was titled “How Not to Get Laid”. Gilbert listed the three places that a person had absolutely no chance what-so-ever of getting laid.
1. Any Star Trek convention
2. The lobby of any Star Trek convention
3. Anywhere within a ten block radius of any Star Trek convention.

….and only a true Star Trek fan will point out my error.