The challenge from sugarfrostedgoodness.com this week is “politics”. 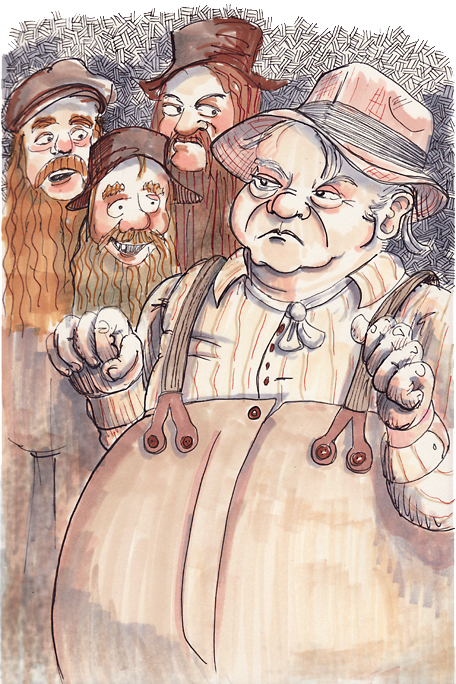 W. Lee “Pappy” O’Daniel served as Texas governor and United States senator. Born in 1890 in Ohio, O’Daniel came to Texas at age 29 as a sales manager for Burrus Mills, a flour-milling company in Fort Worth. In 1928, O’Daniel took over the company’s radio advertising and started a country music program to promote the flour. O’Daniel hosted the show and organized a band called the Light Crust Doughboys. Many of the musicians who made Western Swing famous, including Bob Wills, got their start in O’Daniel’s band. In 1935 he organized his own flour company to make “Hillbilly Flour” and began to call his band the Hillbilly Boys. The slogan, “Pass the biscuits, Pappy,” made O’Daniel a household name throughout Texas.
Radio fans urged “Pappy” to run for governor, and in 1938 he did. He attracted huge crowds, ran on a platform of the Ten Commandments and the Golden Rule, and won the election by a landslide. Unfortunately, O’Daniel possessed almost no qualifications for success in the governorship, and accomplished little of the agenda he had promised the people of Texas. He ushered in an era of censorship and limits on academic freedom at the University of Texas by his appointments to the Board of Regents. But despite his obvious shortcomings as a leader, he remained very popular due to his masterful radio showmanship.
In 1941, O’Daniel won election to the United States Senate in one of the most controversial elections in Texas history, edging out Congressman Lyndon Baines Johnson by only a handful of votes. O’Daniel was ineffective in the Senate and was shunned by his more serious colleagues. With his popularity finally on the wane, he did not seek reelection in 1948.
In later years, O’Daniel was active in business and made two comeback attempts at the governorship, basing his campaigns on crude appeals to anti-communist and anti-civil rights feeling. But time had passed Pappy by and he attracted few votes. He died in 1969.
The character of Mississippi governor Menelaus “Pappy” O’Daniel, played by Charles Durning in the film “O Brother, Where Art Thou?”  is loosely based on the real W. Lee “Pappy” O’Daniel.

“Furthermore, in the second Pappy O’Daniel administration, these boys is gonna be my brain trust. And furthermore, by way of endorsing my candidacy, the Soggy Bottom Boys are gonna lead us all in a rousing chorus of ‘You Are My Sunshine.’ …. Ain’t you, boys?”
“Governor, it’s one of our favorites.”