In honor of Hallowe’en, the sugarfrostedgoodness.com challenge this week is “goblins, ghouls and ghosts“. 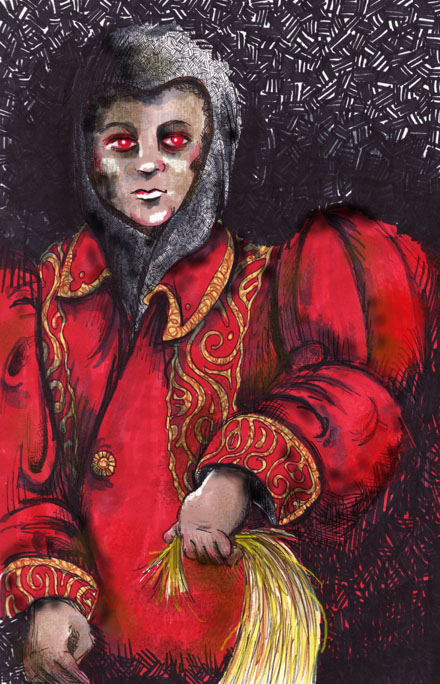 There have been headline-making serial killers over the years. Names like Ted Bundy, Ed Gein, Alferd Packer and Albert Fish…. all men. Very few women have entered the ranks of serial killers. The majority of women serial killers used subdued methods for their crimes, the most favored being poison. Enriqueta Martí had no time for poisons. She was a self-proclaimed witch in Barcelona, Spain in the early 20th century. She sold charms and love potions to earn a living, but had other activities to occupy her free time. Based on clues pieced together after her arrest, Enriqueta abducted several local children and held them captive until she killed them and boiled their bodies, using the bones in her potions and the flesh to consume. She had already murdered at least six children, when her last abductee, a young girl named Angelita, was rescued alive from Enriqueta’s lair. She described to police a tale of murder and cannibalism. According to the girl, she had been forced to partake of human flesh. Her “meal” had been the remains of another child, kidnapped by Enriqueta a short time earlier.
On the basis of Angelita’s story, police raided Enriqueta’s home. A search revealed bags of bloody children’s clothes, blood-caked knives, jars and vials of bones and human fat and several scalps of blond hair.
Enriqueta was arrested and convicted in 1912. Enriqueta was attacked and lynched in prison by fellow inmates. Although it was a lurid, front-page account, Enriqueta’s story was overshadowed by a bigger one… the sinking of the Titanic.
Happy Hallowe’en…. again.