It’s almost Halloween 2007, so I guess I am obliged to post a Halloween (or “Hallowe‘en“, for you sticklers) entry.
Several years ago, when I worked for a different company than I work for now, we had a Marketing Department Pumpkin Carving Contest. I really wanted to participate (you know, the whole “company morale” thing), but I had never carved a pumpkin in my life. Something about not being permitted to handle knives… but that’s a post for another time. So, in an effort to be amusing, I entered this creation… 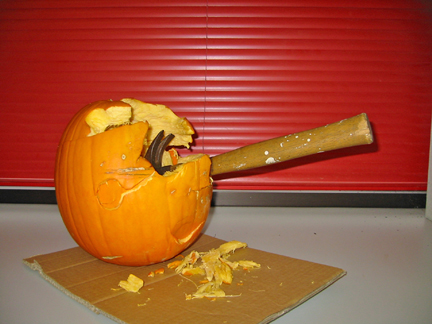 On some of the ballots submitted to choose a winner of the contest, some voters noted mine as “angry” and “disturbingly violent”. I was going for funny.

The next year, I entered this guy… 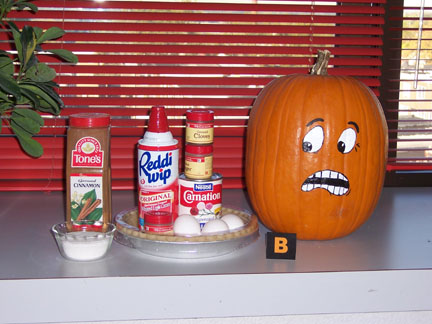 After that year’s voting, I was one portable DVD player richer. And it turns out a co-worker submitted some photos of the contest to the Extreme Pumpkins website, where my entry was chosen as one of the winners of the 2006 contest.

The next year’s contest saw this submission from me… 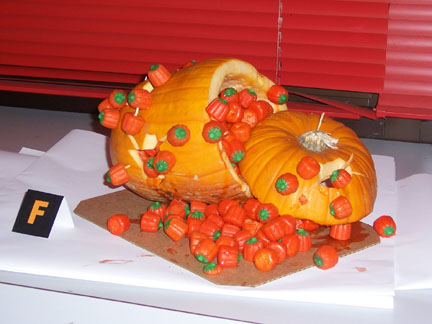 I saw it as “a pumpkin with cancer”. Everyone else saw it as “disgusting”.
I got no votes.
I don’t work for that company any more.
Happy friggin’ Halloween.