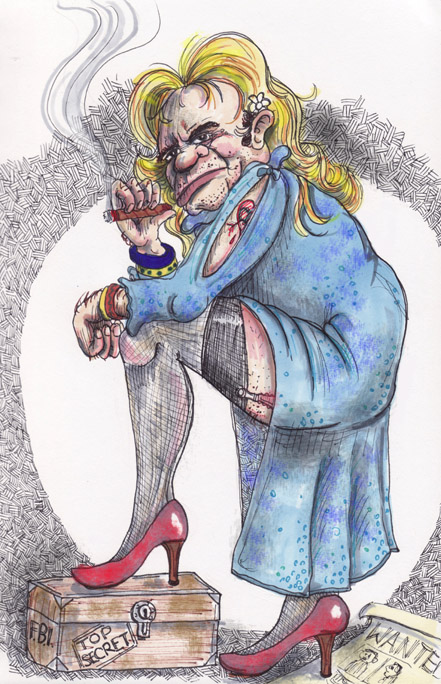 The US government has always been full of colorful characters. J. Edgar Hoover was no exception. Hoover was the founder of the present form of the Federal Bureau of Investigation and was its director for an unprecedented 48 years. Hoover’s leadership spanned eight presidential administrations, encompassed Prohibition, the Great Depression, World War II, the Korean War, the Cold War, and the Vietnam War. From the beginning of his career with the FBI, Hoover was accused of exceeding and abusing his authority. He is known to have investigated individuals and groups because of their political beliefs rather than their suspected criminal activity as well as using the FBI for other illegal activities such as burglaries and illegal wiretaps. Hoover frequently fired FBI agents by singling out those who he thought “looked stupid like truck drivers” or he considered to be “pinheads.” He also relocated agents who had displeased him to career-ending assignments and locations. A jealous J. Edgar Hoover maneuvered Melvin Purvis, the agent who captured John Dillinger, out of the FBI.

Hoover was a lifelong bachelor, and there has been speculation and rumors that Hoover was homosexual, but no concrete evidence of these claims has ever been presented. It has also been suggested that his long association with Clyde Tolson, an associate director of the FBI who was also Hoover’s heir, was that of a gay couple. The two men were almost constantly together, working, vacationing, and having lunch and dinner together almost every weekday. Upon Hoover’s death, Tolson was presented with the flag that draped Hoover’s casket.

The most famous rumor that attached itself to Hoover was he was a cross-dresser. This is most likely an urban legend. Alleged photos of Hoover in drag engaging in gay sex were the key to his reluctant pursuit of organized crime. As long as “the mob” possessed these alleged compromising pictures, Hoover backed off. These photos probably don’t exist, but it sure would be cool if they did.