The challenge word this week at illustrationfriday.com is “grow“. 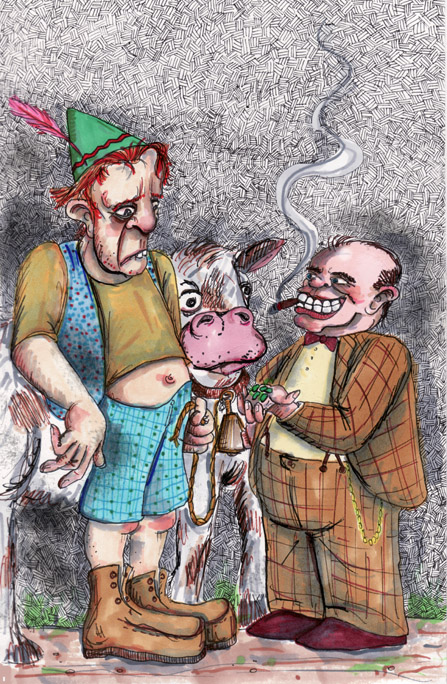 The story of “Jack and The Beanstalk” dates back to the oldest known version from 1807. But, the most popular version is the one told by noted historian and folklorist Joseph Jacobs. His story was published as part of English Fairy Tales in 1890.
If I remember the story correctly, Jack was a very poor boy who lived with his mother in the woods. They were so poor that one day his mother sent Jack into town to sell their only possession, their cow, for money to buy food. On his way, Jack came upon a slick businessman. The businessman offered Jack five “magic” beans in exchange for the cow. This deal made perfect sense to Jack and he traded the cow for the beans.
Jack was a dipshit.
And when he got home, his mother kicked the living crap out of his dumb ass.