The extended challenge currently on sugarfrostedgoodness.com is “chocolate” 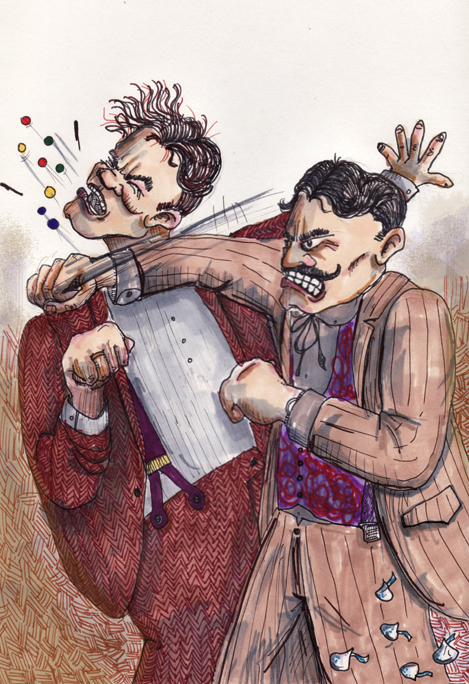 One of my favorite books is “The Emperors of Chocolate” by Joel Glenn Brenner. Ms. Brenner’s book reads like a cold war novel. It is brimming with intrigue, double-crossing, espionage, technology and, best of all, chocolate. Ms. Brenner chronicles the rivalry between eccentric Milton S. Hershey and even-more eccentric Forrest Mars Sr.
Hershey, a two-time failure at the caramel business, started manufacturing chocolate in central Pennsylvania. In no time, Hershey was supplying the chocolate to 95% of the nation’s candy companies. Forrest Mars, who was carrying on his family’s candy company, manufactured his father’s Milky Way candy bars. Milky Way, at the time, was the most popular candy bar in the country. But Mars resented using his competition’s chocolate in his candy. Mars decided to make his own chocolate instead of buying it from Hershey. He visited Hershey’s manufacturing plant, along with common tourists. Forrest Mars holds the record for factory tours at Hershey.
In Spain, in the 1930s, Mars discovered a hard-candy shell filled with chocolate. He showed his new discovery to Hershey, who was amused by it, but not impressed. Mars offered the son of Hershey president, William Murrie, a job with his company. Mars needed an “in” at Hershey to get closer to the manufacturing secrets, and the younger Murrie was it. He even named his new candy-coated chocolate creation M & Ms, for Mars and Murrie.
Mars and Hershey tried to outdo each other for years. Their once-cordial business relationship turned bitter. The introduction of new products seemed to be less for the consumer and more for their enmity.