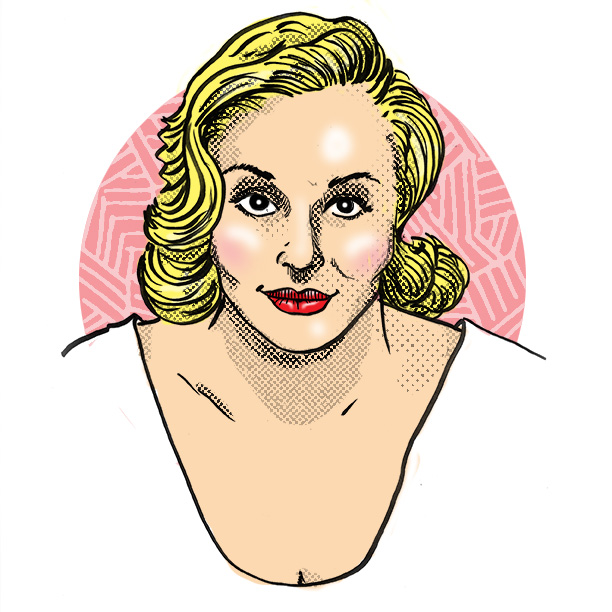 As a pre-teen, pretty Diane McBain started her career modeling for print as well as in television commercials. She was signed to Warner Brothers Studios as a contract player and made her acting debut in 1955 at the age of 17 in an episode of the TV Western Maverick opposite James Garner. She went on to appear min an episode of 77 Sunset Strip under the direction of veteran actor Paul Henreid.

Diane was busy throughout the 1960s. Very, very busy. She took guest roles on a number of popular television series including Sugarfoot, Batman and Bourbon Street Beat. She landed a regular role, in the series Surfside 6, alongside Troy Donahue and future Green Hornet star Van Williams. She found time to make a few films, as well including a plum spot opposite Elvis Presley in Spinout. When she turned down a small role in Warner Brothers’ Sex and the Single Girl, her contract was not renewed.

Getting dumped by Warners’ didn’t slow Diane down. She guest starred on numerous TV shows like The Wild Wild West, Burke’s Law and The Man from UNCLE. In the summer of 1965, Diane’s parents reported her missing after having no contact for several days. She had checked into a San Diego hotel under a fake name for a “change of scenery.” Diane was depressed over the types of roles she was getting. She later admitted that she “just wanted to be Miss Nobody from Nowhere.” She bounced back to appear in the teen racer film Thunder Alley and the outlaw biker film The Mini Skirt Mob. Both pictures were box-office successes.

In the 70s, work slowed down briefly for Diane. But soon she found herself appearing in TV dramas. comedies and anthologies. In 1974, she took a role in a low-budget horror film called The Deathhead Virgin, which she later called “the stupidest screenplay I ever had to work with.”

In 1982, 41-year old Diane was robbed, beaten and raped in the parking garage of her Hollywood apartment. The culprits were never caught. Undaunted, Diane embarked on a new career as a rape counselor. She continued to act, but the experience left her shaken with long-term memory loss.

In 1998, Diane was cast in a movie called Cab to Canada, of which she said “was enough to make me never want to act again” She took just a handful of roles after that disaster and she brought her career to an end. In failing health, she relocated to the Motion Picture Country Home. Diane passed away from cancer in December 2022. She was 81.