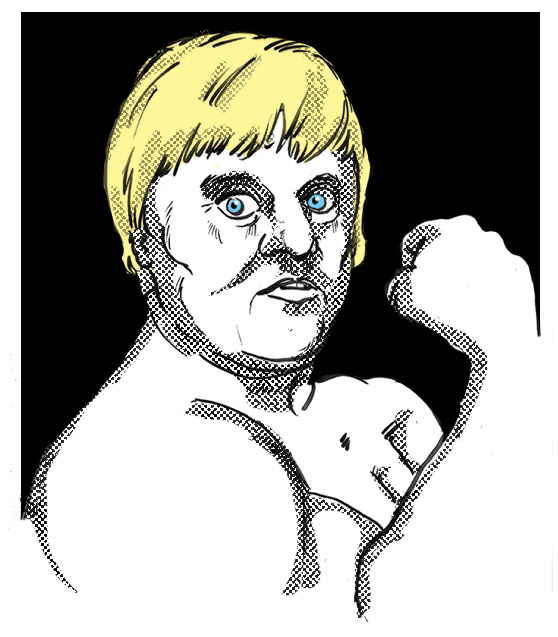 After early interest in football, Reggie Lisowski turned his sights on professional wrestling once he joined the army. He trained in his native South Milwaukee neighborhood and made his ring debut in 1949. His early matches only netted the budding wrestler a mere five dollars a night, so he took menial jobs to supplement his income. Reggie worked as a meat packer and bricklayer by day and pursued wrestling three to four evenings per week.

Actor-turned-promoter Fred Kohler liked Reggie and put him on televised wrestling matches in the early 50s. Reggie kept a strict and dedicated workout regimen and grew into a brawny and fearsome contender. He developed a “blue collar” persona of a beer-drinking tough guy and he bleached his naturally dark hair to yellow blonde. Reggie gained scores of fans who loved his over-the-top antics in the ring. He began wrestling under the name “Crusher” Lisowski and later just the ominous “The Crusher.” He proved popular through the Midwest circuit, regularly introduced as “The Wrestler That Made Milwaukee Famous.” He delighted fans with his taunts of “turkey neck” and often talked of partying with the “dollies,” drinking beer and dancing the polka.” He bragged that his workouts included running with two beer barrels on his shoulders… that were emptied by the end of his session. Fans ate it up.

After forty-plus years in the ring, Reggie called it a career in 1989. He had been suffering from the effects of multiple surgeries including a heart by-pass. In 2005, Reggie dealt with the removal of a non-cancerous tumor from his brain stem, which left him partially paralyzed. After the death of his wife of 55 years, Reggie lived out his remaining days in a nursing facility. He passed away in October 2005 at the age of 79. He was survived by four children, nine grandchildren and a great-granddaughter. Despite his long-time “in-character” claims, Reggie never liked drinking beer.

In 1964, Minneapolis garage band The Novas honored Reggie with a song called “The Crusher.” It was later covered by psychobilly rockers The Cramps and regularly featured on the Dr. Demento radio show.