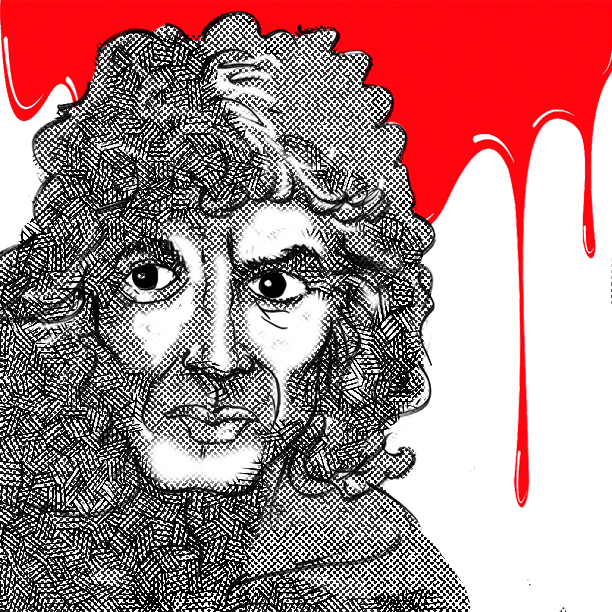 Week 2 of Inktober 2022 features the 1986 Oscar winner for “Best Makeup” – David Cronenberg’s remake of The Fly.

Starring the always interesting, always quirky Jeff Goldblum, this version is more intense and decidedly more gory than the campy, but effective, original. Goldblum’s “Seth Brundle,” a preoccupied scientist, is believable, but the special effects and makeup is what puts this film over the top. Goldblum’s slow transformation is particularly unnerving. Goldblum’s co-star in this version was Geena Davis, whom he met while filming the horror/comedy Transylvania 6-5000 and eventually married. The couple made one more film together — Earth Girls are Easy — before divorcing.