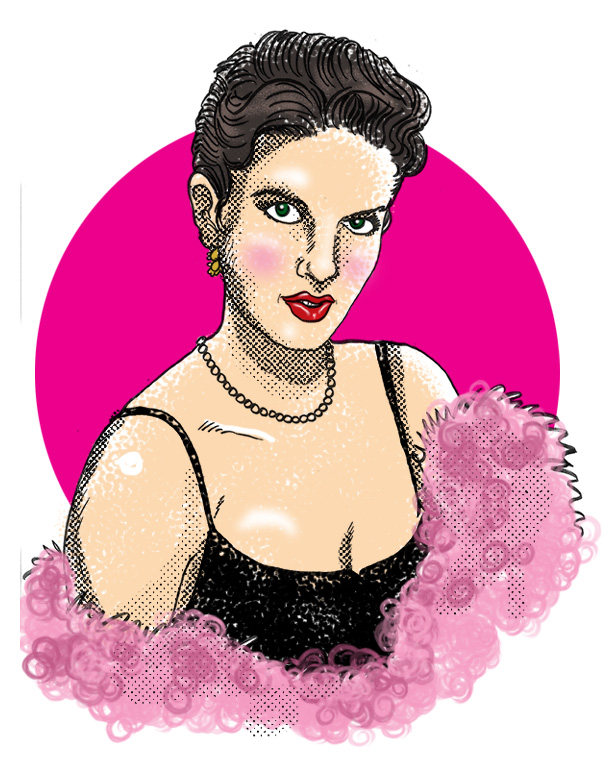 The daughter of a US Congressman from Oklahoma, Doralyn Cartwright attended Stephens College in Missouri and later American Academy in New York with her sights set on a career in acting. At 30, she made her film debut in the Western Black Patch, alongside her husband, actor/writer Joe Gordon. Joe was a prolific character actor, playing mostly lunkheaded bad guys. In addition to his acting, he was a writer who provided scripts for dozens of TV series including Bonanza, Cheyenne and Adam-12.

After shortening her name to the more accessible “Lynn,” she was cast in a number of B-movies including the notorious Queen of Outer Space with Zsa Zsa Gabor and Wasp Woman with Susan Cabot. Lynn later found work in small roles in teenage sex romps and risqué comedies. She appeared as a teacher in the film Seniors, an early vehicle for Dennis Quaid and the final film for Alan Reed, the original voice of “Fred Flintstone.” In 1987, she was featured in Seniors director Rod Amateau’s big-screen mess The Garbage Pail Kids Movie, panned as one of the worst movies of all time. Afterwards, she concentrated on her work with a small theatre company in Los Angeles.

In 1992, she took the role of an older “Dottie Hinson” in bookended scenes in Penny Marshall‘s love letter to women’s baseball, A League of Their Own. She was cast because of her startling resemblance to the film’s star Geena Davis. Some people mistook Lynn to actually be Geena Davis in prosthetic makeup.

Lynn was diagnosed with dementia in her later years. She passed away in 2004 at the age of 76, after suffering a fractured hip.