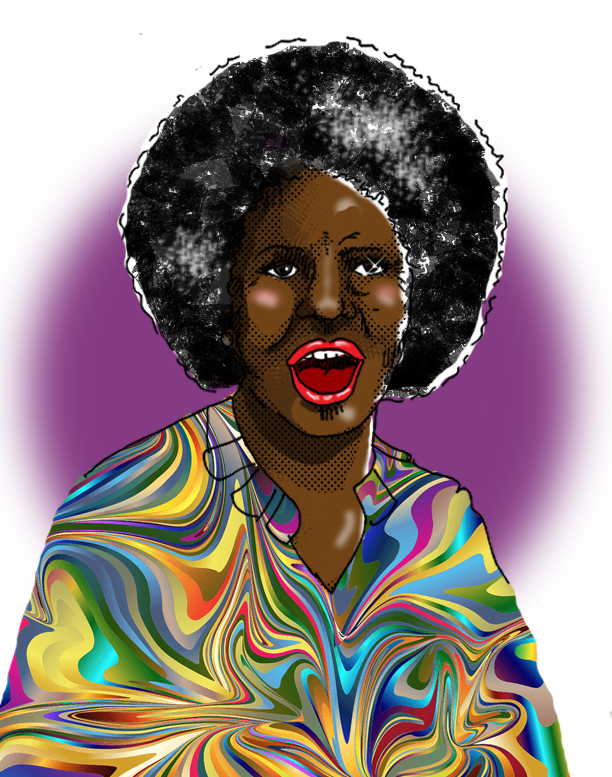 Betty Wright started singing as a child. She performed with her family gospel vocal group, Echoes of Joy, before switching to rhythm & blues. She was spotted by a Miami record label owner who signed 12 year-old Betty to a contract. She released a few songs that gained local recognition.

In 1972, Betty released her signature song “Clean Up Woman.” It reached Number 2 on the Billboard R&B charts, staying in that position for eight weeks. She followed up with “Baby Sitter” and “Let Me Be Your Lovemaker,” which showcased her amazing vocal range. She co-wrote the disco tune “Where Is the Love” with Harry Casey (of KC and the Sunshine Band) and won a Grammy for the composition in 1976. She also sang a duet with Alice Cooper on his 1978 album “From The Inside.”

Her 80s and 90s recordings were far less successful, but it didn’t keep Betty from performing. She released eight albums over those decades. In 1992, Betty sued Color Me Badd’s producers for an unauthorized sample of one of her songs used in their hit “I Wanna Sex You Up.” Betty won her case and received a portion of songwriting credit. In 2011, she restarted her career with a collaboration with ?uestlove and The Roots.

Betty died in May 2020, one month after she appeared in a segment on the music series Unsung. She was 66.