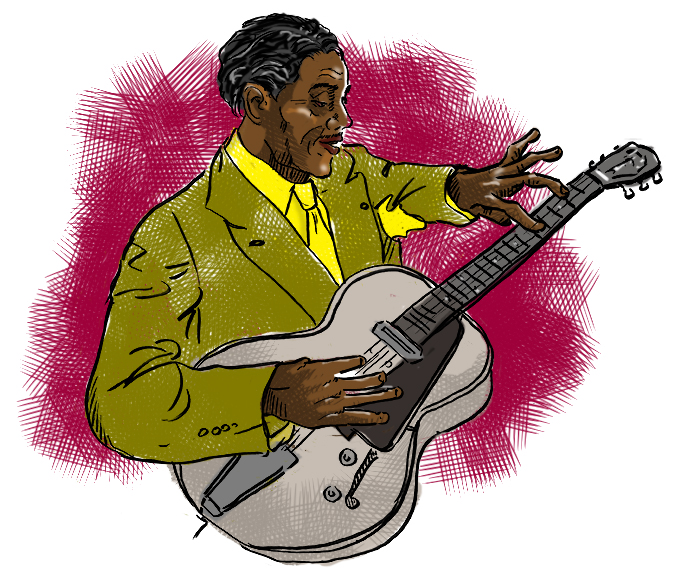 Slim Galliard’s early life is sketchy, as he offered different origin stories to different people. He did, however, serve in World War II as a bomber pilot, briefly interrupting his successful music career. He insisted that he worked as a hat maker in Greece and a hearse driver turned rum-runner in Detroit, but these are part of the colorful early life that Slim most likely made up.

Slim spoke five languages to varying degrees, in additional to inventing his own language which he dubbed “Vout-o-Reenee.” He even wrote a dictionary detailing word usage. Slim composed several songs based on “Vout-o-Reenee,” including “Flat Foot Floogee (with a Floy Floy)” and “Cement Mixer (Put-Ti Put-Ti).” He often mixed words and phrases from other languages into his composition. He was particularly fond of Yiddish phrases, as highlighted in “Dunkin’ Bagel” and “Matzo Ball.” He claimed that his father was Ashkenazi Jewish, but that claim is unconfirmed.

He released a number of albums and appeared in films and television, including Roots: The Next Generation and the David Bowie film Absolute Beginners. He played with jazz greats Charlie Parker, Dizzy Gillespie and Coleman Hawkins. Slim often played guitar with his hand pointed down on the guitar neck. He’d play the piano with his palms up. Fellow musicians found his playing erratic and difficult to follow.

He performed for many years, touring Europe extensively, until he passed away in 1991 at the age of 80.