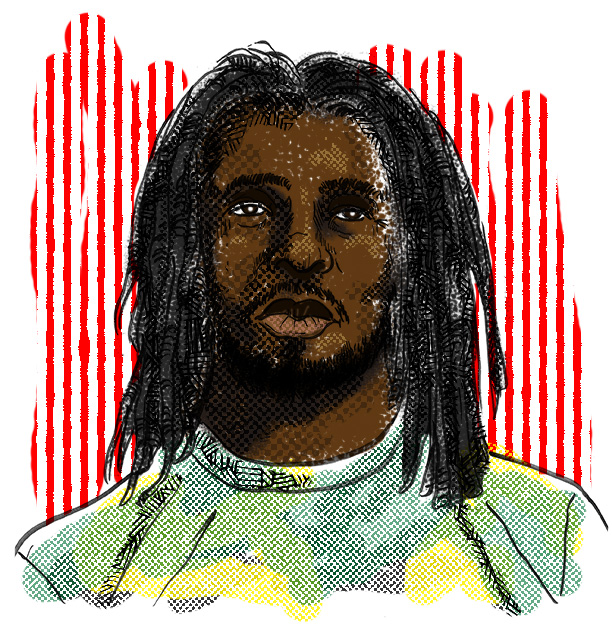 Abandoned by his parents and shuffled around from family member to family member, Winston McIntosh never lost his sense of determination. Living in the Trenchtown section of Kingston, Jamaica, teenage Winston was fascinated by a street musician. He watched the man play his guitar for endless hours every day. Winston concentrated on the man’s intricate finger movements. Soon, he asked the man for his guitar and played the song back to him. The street musician was impressed and asked Winston who taught him to play. Winston replied that he taught himself.

Winston met Joe Higgs, a local reggae musician who offered free music lessons to young people. Winston was introduced to two other students — Robert Marley and Neville Livingston. Higgs taught the trio to harmonize and they developed their talents on the street corners of Trenchtown.

In 1964, 20-year old Winston, now going by the name “Peter Tosh,” formed The Wailing Wailers with Marley and Livingston. Tosh, the only member of the group who could play an instrument, taught Marley and Livingston how to play guitar and drums respectively. Marley, who spent time in the United States with family, returned to Jamaica in 1967, anxious to reignite his interest in music. Tosh and Livingston, now known as “Bunny Wailer,” had embraced the Rastafarian religion. Marley became interested and joined, his newfound spirituality becoming a major influence on his music.

After a successful run with Bob Marley and the Wailers, Peter Tosh began a solo career. He signed with Rolling Stones Records in 1977. His music offered a decidedly political message and Peter was known as a vocal advocate for the legalization of marijuana. At a 1978 concert, he lit a joint onstage and lectured negatively about government officials. A month later, he was apprehended by police while exiting a Kingston dance club and severely beaten while in custody. Unfettered, he continued to release politically-charged music, embracing additional causes like nuclear arms and apartheid. He was honored with a Grammy in 1987.

In September 1987, Peter was at his home in Kingston, when three men broke in and threatened the singer. They demanded money. Peter claimed he had none, but the gang were doubtful. For hours, they tortured the Peter. Several unsuspecting visitors to the house were also taken and held captive. After hours of frustration, the gang opened fire on the occupants of the house. Peter was shot twice in the head and died instantly. Two other guests were killed as well. Andrea Brown, Peter’s common law wife, was wounded. Dennis “Leppo” Lobban, identified as the gang’s leader, was arrested. A jury found him guilty, but his death sentence was commuted to life in prison — where he remains today. A few years earlier, Peter had worked with Lobban to find him employment after a previous jail sentence. Peter was 42 at the time of his death.

In 2016, the Peter Tosh Museum opened in Kingston on what would have been Peter Tosh’s 76th birthday.