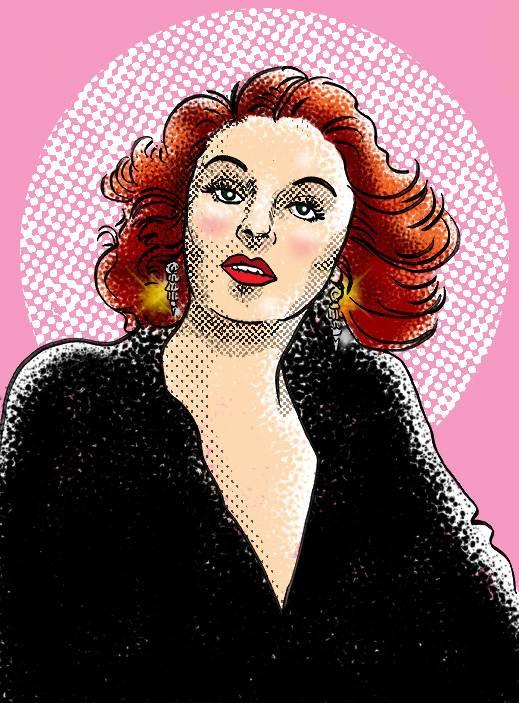 Just after her graduation from high school, a talent scout from Warner Brothers signed Lynn Baggett to a contract. The studio made up a backstory for Lynn, claiming wins in a number of beauty pageants. The fiery redhead was cast in a number of uncredited roles in films, including The Adventures of Mark Twain, Mildred Pierce and Night and Day. Despite the popularity of these films, she was continually relegated to minor roles of waitresses, nurses, and party girls. Soon, Warner Brothers lost interest in Lynn and released her from her contract.

Lynn was signed by Universal and her career showed some promise when she was cast alongside Abbott and Costello in the comedy The Time of Their Lives. She hoped her marriage to producer Sam Spiegel would boost her appeal. Neither venture panned out. Acting offers dried up for Lynn, her marriage began to crumble and she and Spiegel split. To make ends meet, she became a dance instructor with the Arthur Murray Studios.

In 1954, now divorced from Spiegel, Lynn borrowed a car from her old friend George Tobais (a prolific character actor and the future “Abner Kravitz” on the TV sitcom Bewitched). Lynn blacked out while driving. She struck another car, killing one passenger — a 9 year-old boy — and seriously injuring another. Panicked, she left the scene but was eventually tracked down and arrested. Later, a jury trial found Lynn guilty of felony hit-and-run. She was sentenced to 60 days in prison and three years probation.

A failed comeback in 1960 led to depression and substance abuse. Just a few weeks after being released from a sanitarium, Lynn was found dead in her apartment by her nurse. The cause of death was determined to be an overdose of barbiturates. Lynn was 35 years old.