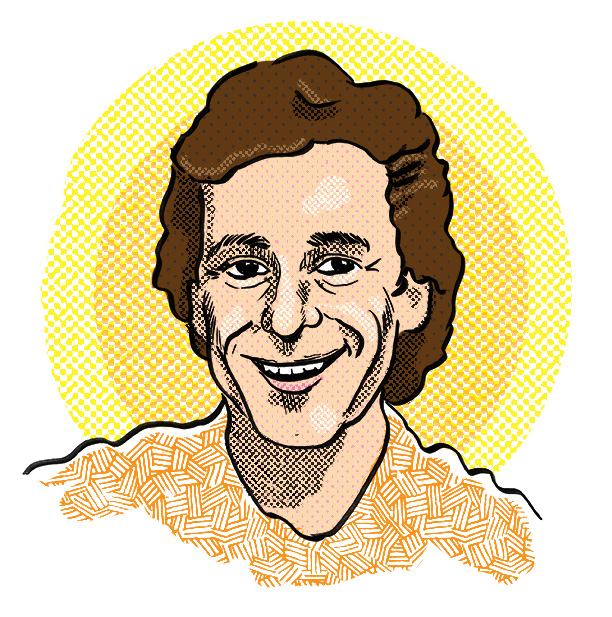 There’s this phenomena called “Jewish Geography.” I don’t know how far it reaches or if it is known by other names in other parts of the country, but in the great I-95 Corridor that runs from New York City to roughly just north of Baltimore (including a big geographical leap to the many tribesman transplants in Southern Florida), it seems that everyone who is Jewish seems to know everyone else who is Jewish. Sometimes it’s by a familial relationship. Other times, a connection is discovered after a few establishing questions, in sort of a Hebraic “Six Degrees of Kevin Bacon” fashion.

When I was in high school, my father was the Corporate Egg and Dairy Buyer for an east coast chain of supermarkets. (That’s quite an impressive title, hmmm?) In a top-floor office of the business’s Philadelphia headquarters, my dad worked with a man named Ben Saget. Ben was the Corporate Something or Other for the organization and took care of the supply chain for those items that didn’t fall into the category of either “eggs” or “dairy.” My father talked about Ben Saget on a daily basis. Ben’s name came up in nearly all dinnertime conversation at the Pincus household. “Ben said this” and “Ben said that” began a number of my father’s sentences, spoken between bites of steak and drags on a cigarette. He would tell us that Ben often talked about his son, who he had hoped (like most Jewish fathers hoping to one day use their son’s professional status in a bragging contest) would enter medical school. Instead, with contempt in his voice, Ben resigned himself to the fact that young Bob had his sights set on a career as a — gulp! — comedian! “But, maybe,” Ben would wax optimistically, “it’s just a phase.”

Around the time I met my wife, her parents had purchased an apartment in a building that had “turned condo” in Ventor, New Jersey, a small seaside resort whose northern border abuts Atlantic City. This particular building was populated by seasonal residents, a large number of whom were my in-law’s fellow congregants from their neighborhood synagogue. Throughout the summer, the building, the on-premises coffee shop and the pool were thick with elder Jewish couples showing off their children (both by birth and by marriage) and grandchildren — either in-person or by expounding — on their behalf — upon all of the stellar, significant and unmatchable accomplishments they had achieved, in an effort to eclipse the levels that their peer’s children and grandchildren had attained. One of those folks was a man named Arnold. Arnold was the typical loud, overbearing shvitzer (Sure, in Yiddish it translates to “one who sweats,” but in some circles, it has come to be a synonym for “one who boasts”). Arnold’s daughter had recently married Ben Saget’s son… and Arnold made sure everyone who looked at him cross-eyed was made aware of the union. At the pool, you’d repeatedly hear “Hey, Arnold, I saw your son-in-law on Johnny Carson last night!” or “Arnold, that son-in-law of yours is so funny on that Home Video program!” Of course, Arnold puffed out his chest and accepted the praise, as though he was the Queen Mother. That is, until Bob directed a made-for-TV movie called For Hope, documenting the real-life struggle his sister experienced with the debilitating and eventually fatal disease scleroderma. During the production of the 1996 film, Bob began an extra-marital affair with actress Dana Delany, who was portraying the main character, which was based on Bob’s ill-fated sibling. Supermarket tabloids screamed the tawdry tale of “America’s Jovial Dad” with unflattering and accusatory headlines. Suddenly, the name “Bob Saget” was not to be mentioned in Arnold’s presence, preferably not at all, even if Arnold was not around. As a matter of fact, Arnold allegedly informed each and every member of the building’s staff of his request er… demand.

Further discussion in the realm of “Jewish Geography,” it came to light that, as a teen, my wife’s cousin dated — not one, but both of Bob’s sisters (including Gay, who succumbed to scleroderma at age 47) when his family briefly resided in the Norfolk, Virginia area.

Fans, family and acquaintances were shocked and saddened by Bob Saget’s recent passing at the far-too-young age of 65. For fans of his TV appearances and stand-up act, it was an unexpected and doleful blow. For those who discovered a connection to Bob during a round of “Jewish Geography,” it was a personal loss.