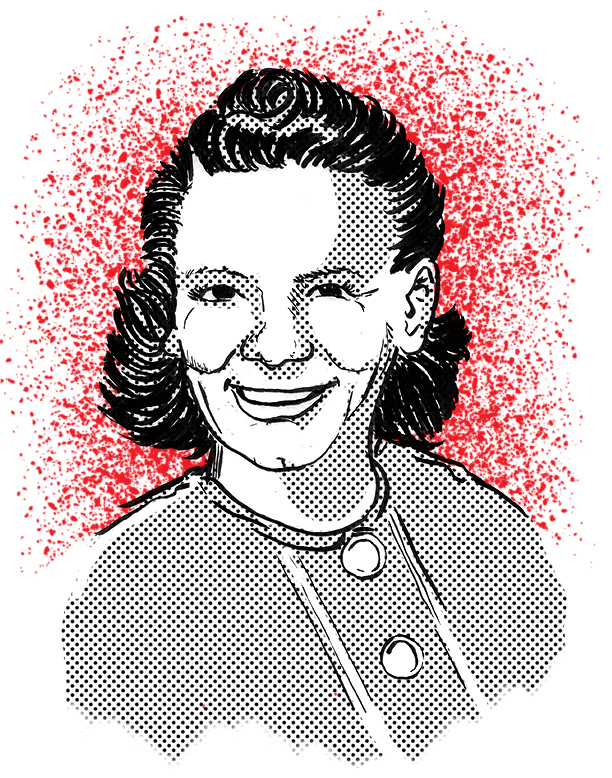 Twenty-year-old Evelyn McHale boarded a train at 7 in the morning in on May 1, 1947. She was headed back home to Tuckahoe, New York after visiting her fiance in Easton, Pennsylvania to celebrate his 24th birthday. When she arrived at Penn Station, she walked to the Empire State Building and purchased a ticket to the 86th Floor Observation Deck.

Around 10:30, a New York City police officer, who was directing traffic at 34th Street and Fifth Avenue, spotted a white scarf floating lazily through the air. A moment later, he heard a loud crash and saw a crowd of people gathering a few hundred feet away. A woman’s body was lying still, cradled in a large contour dent in the roof of a United Nations limousine that was parked by the curb. The woman was Evelyn — her eyes closed, one hand at her throat, her fingers entwined in a short string of pearls. He makeup appeared to have been freshly applied. Her ankles were casually crossed, although the impact of her body hitting the car roof had caused her shoes to come off and her right stocking to rip. She looked as though she was asleep.

A suicide note was found in Evelyn’s purse, which was stacked atop her neatly folded coat on the 86th floor observation deck of the Empire State Building. It read:

“I don’t want anyone in or out of my family to see any part of me. Could you destroy my body by cremation? I beg of you and my family – don’t have any service for me or remembrance for me. My fiance asked me to marry him in June. I don’t think I would make a good wife for anybody. He is much better off without me. Tell my father, I have too many of my mother’s tendencies.”

As the crowd milled around the ghastly scene, photography student Robert Wiles took a picture of Evelyn, a mere four minutes after she ended her life. The photograph appeared in Life magazine eleven days later, with the caption: “At the bottom of the Empire State Building the body of Evelyn McHale reposes calmly in grotesque bier, her falling body punched into the top of a car.” The photograph, which has achieved iconic status, has come to be known unofficially as “The Most Beautiful Suicide.” 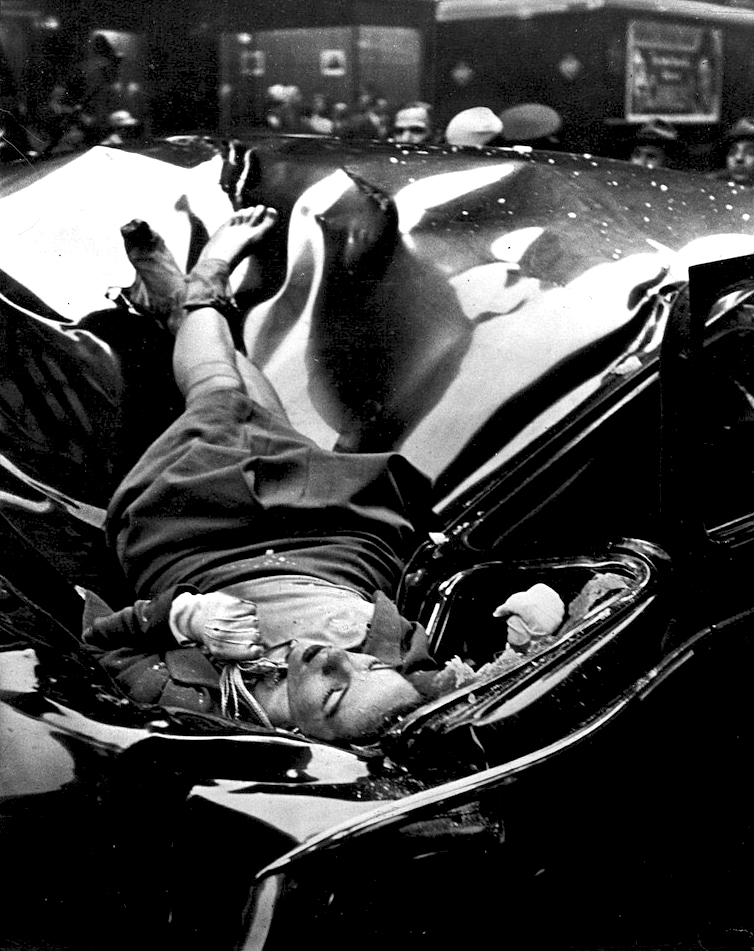 Evelyn’s sister identified the body, and, according to her wishes, Evelyn was cremated and no memorial service was held.

Evelyn’s fiance moved to Florida and remained unmarried until his death in 2007.