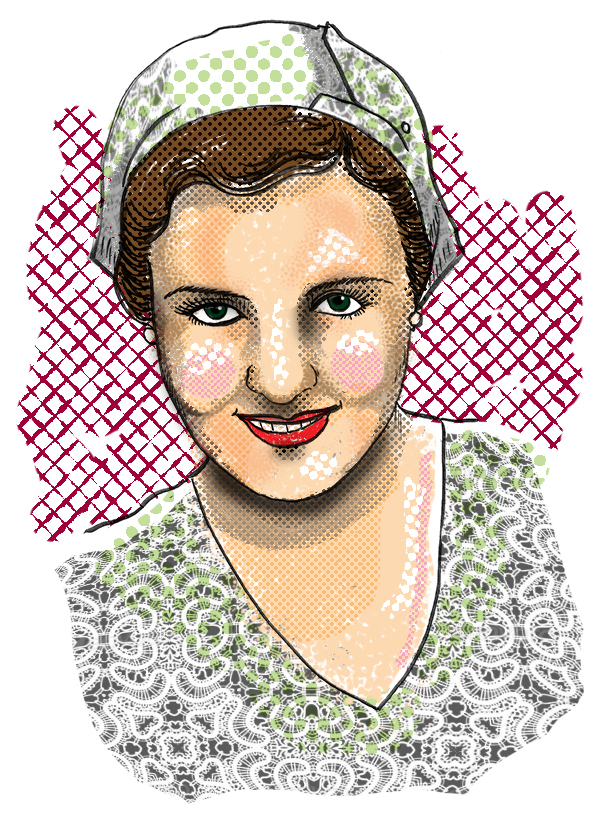 After some modeling work, 22-year old Nora Lane was cast in the silent Western Jesse James in 1927. She went on to co-star in over 80 films throughout her career, including a recurring role in the Hopalong Cassidy serials. Her popularity led to a spokesperson gig for Lux Soap in the early 1930s.

In the summer of 1931, Nora was travelling aboard the Southern Pacific Railroad to Yuma, Arizona. Two trainmen and sixteen passengers were killed when the train wrecked in a rain-softened section of roadbed and track. Nora escaped without injury.

In 1941, Nora married Burdette Henney, a Los Angeles insurance broker and public address announcer at the LA Coliseum. In 1948, the couple vacationed in Bishop, California where they enjoyed some fishing. But, during the trip, Burdette suffered a fatal heart attack. He was 46 years old.

One month to the day after Burdette’s death, Nora died from a self-inflicted gunshot. She left a note for her stepson, explaining that she could not go on living without her husband. Nora was 43.