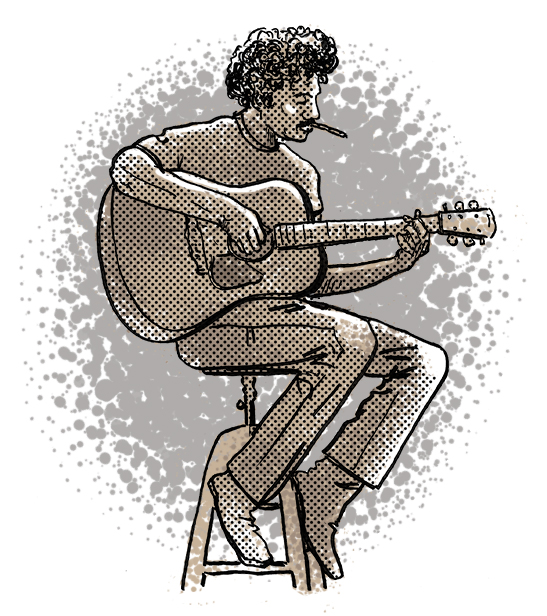 I loved listening to the radio when I was a kid. As far as I was concerned, there were only two radio stations to listen to in the Philadelphia area — WFIL and WIBG, the AM home of Top 40. Yeah, I knew there were others, but they didn’t play “the hits.” My mom listened to WPEN, the self-proclaimed “Station of the Stars.” Their playlist consisted of songs and performers whose careers were at their highest during World War II. While I have since come to love this music, the sounds of Glenn Miller and Benny Goodman might as well have been the soundtrack to the American Revolution — or at least that’s how my 11 year-old ears interpreted it. My dad listened to KYW for news and WCAU for Phillies games in the summer, Eagles games in the winter and talk in-between. He hung onto callers’ every word, as they discussed how America has gone to pot and how the “good old days” are sorely missed.

For me, WFIL was my preference. They boasted the “boss jocks” who spun my “favorite tracks from the stacks o’ wax” from the moment I got home from school and all day on weekends. In 1972, I heard songs from The Fifth Dimension, Neil Diamond, Cat Stevens and The Carpenters, along with one-hit wonders like Gallery, Mouth & MacNeal and The Jimmy Castor Bunch. Even singers that my dad liked were part of the mix, specifically Sammy Davis Jr.’s hip take on “The Candy Man” from the film Willy Wonka and the Chocolate Factory, and Wayne Newton with his unlikely hit “Daddy Don’t You Walk So Fast.” I stuck with WFIL, hearing the same songs over and over and over — until I knew all the words or at least all the words I thought I heard. (I was right! Paul Simon was saying “mama pajama” in “Me and Julio Down By the Schoolyard.” However, I wondered what exactly prompted Jackson Browne to sing a tribute to his family physician in “Doctor Myeyes.”) And when WFIL went to a commercial, I adjusted the little red indicator on my transistor radio up the dial to WIBG, where they were playing the same songs in a slightly different order.

During the first week of July 1972, WFIL started playing a song that debuted on the charts twenty spots below the Billboard Top 40. But, the singer was a local guy, so they made an exception. The song “You Don’t Mess Around with Jim,” was a rollicking tale of tough-guy pool hustler “Big Jim a-Walker” getting his comeuppance at the hands of a southern tougher-guy Willie McCoy who, as is soon revealed, is called “Slim” down at home. The story unfolds verse by descriptive verse — separated by warnings about the dangers of tugging on Superman’s cape, spitting in the wind and attempting to pull the mask off the Lone Ranger. It was a suitable sing-along and I did indeed join in when I heard it on the radio.

The song was jumping ten chart spaces on a weekly basis for the entire summer, eventually topping out at Number 8 just after Labor Day. All in all, the song spent eleven weeks on the Billboard chart. The singer, hometown boy Jim Croce, performed the song on American Bandstand. He released a follow-up single “Operator,” that did not fare as well.

Jim Croce was a friendly-looking “everyman” with a headful of thick curls and a bushy mustache in the style of Groucho Marx. He wore faded jeans and denim shirts and cowboy boots and he smiled knowingly as he sang. He wasn’t showy. He was just an earnest storyteller who enjoyed the stories he told.

He toured extensively. The tours kept away from the family that he loved — his wife, and one-time performing partner, Ingrid and his infant son, Adrian James.

In the summer of 1973, Jim released “Bad Bad Leroy Brown,” another upbeat story-song, very reminiscent of “You Don’t Mess Around with Jim.” However, this time, his song hit Number One. Jim’s fan base increased. He made more television appearances and continued to tour. But, Jim grew weary of the touring life, expressing in a letter to his wife his plans to abandon the “rock and roll life, in favor of writing short stories and screenplays.” He never achieved his wish.

On September 20, 1973, Jim and his accompanist Maury Muehleisen were wrapping up a show in Natchitoches, Louisiana. As they headed to Natchitoches Regional Airport, 57 year-old pilot Robert Elliot ran three miles from his hotel to meet them. Although he had more than the required flight hours in the chartered Beechcraft E18S, Elliot suffered from coronary artery disease and the run was probably not the best idea. Just after take-off, the plane clipped a tree at the end of the runway and crashed. Everyone aboard — Jim, Maury, comedian George Stevens (who was part of the tour), Jim’s booking agent Kenneth Cortese, road manager Dennis Rast and the pilot — were killed. Jim was 30 years old.

Noting its timely and somewhat prophetic lyrics, ABC Records released “Time in a Bottle” as a single in November 1973. The song, written in 1970, was inspired by the news of Ingrid’s pregnancy and Jim reflecting on his own mortality. It became Jim’s second Number One song.

I remember hearing it on my radio.