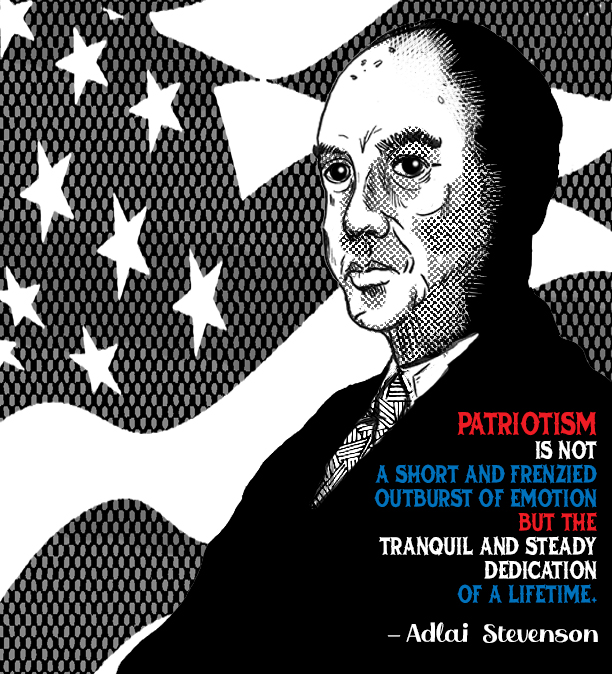 Adlai Stevenson served as governor of Illinois from 1949 until 1953. During his term, he fought to rid local government, government services and law enforcement of all corrupt practices. In the thick of the so-called “Red Scare,” Stevenson vetoed a bill that would have “made it a felony to belong to any subversive group”, and would have required “a loyalty oath of public employees and candidates for office.” Stevenson found the wording and sentiment of the bill preposterous, noting: “Does anyone seriously think that a real traitor will hesitate to sign a loyalty oath?” He was a vocal critic of the Communist-hunting tactics of Senator Joseph McCarthy, labeling McCarthy’s idea of patriotism as “a disgrace”

He ran for president twice and was defeated twice — both times by Dwight Eisenhower in landslide elections. He sought the Democratic nomination a third time in 1960, but the party went with John Kennedy instead. After Kennedy was elected, the new president appointed Adlai Stevenson as the United States Ambassador to the United Nations. Stevenson held the position until his sudden death in 1965.

Adlai Stevenson loved his country and knew the meaning of “patriotism” … something today’s politicians could use a lesson in.