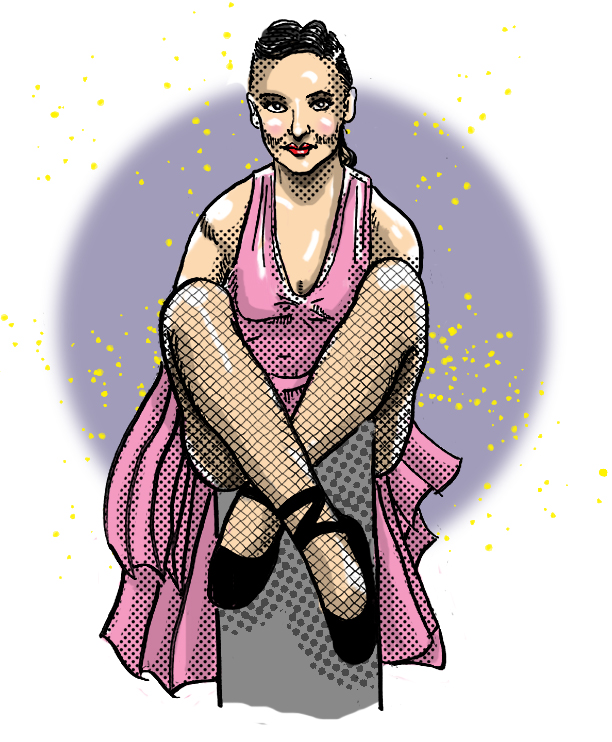 Seven year-old Virginia Bosler was enrolled in dance school by her mother, hoping to correct her daughter’s poor posture. She stayed with the program for three years until the family moved from New York to Connecticut. Virginia resumed her dance instruction with the prestigious Jacob’s Pillow dance studio, where she made an impression on founder Ted Shawn, an early pioneer in the filed of modern dance. Virginia was also taught Pilates by its creator Joseph Pilates.

In the spring of 1946, 20 year-old Virginia — who was called “Winkie” by friends — was cast in the touring company of the Harold Arlen musical Bloomer Girl, with choreography by Agnes DeMille. During the nine month tour, DeMille requested that Virginia fly to New York to audition for the upcoming Lerner and Loewe production, Brigadoon. Virginia won the part of “Jean MacLaren” and was cast in the film version, although the role was greatly reduced. She returned to Broadway, dancing in several consecutive hits. On recommendations from Agnes DeMille, Virginia was cast in a dancing role in the film musical Oklahoma! She later toured Europe in a stage version of the show, with Shirley Jones and Jack Cassidy.

After retiring from public performance in 1963, Virginia embarked on a career in Labanotation, a method to document and preserve choreography in print. She worked for a decade with the Dance Notation Bureau, where she created scores for works by choreographers. Virginia’s efforts are archived at the New York Public Library. Not content to stay still, she began teaching yoga at age 70.