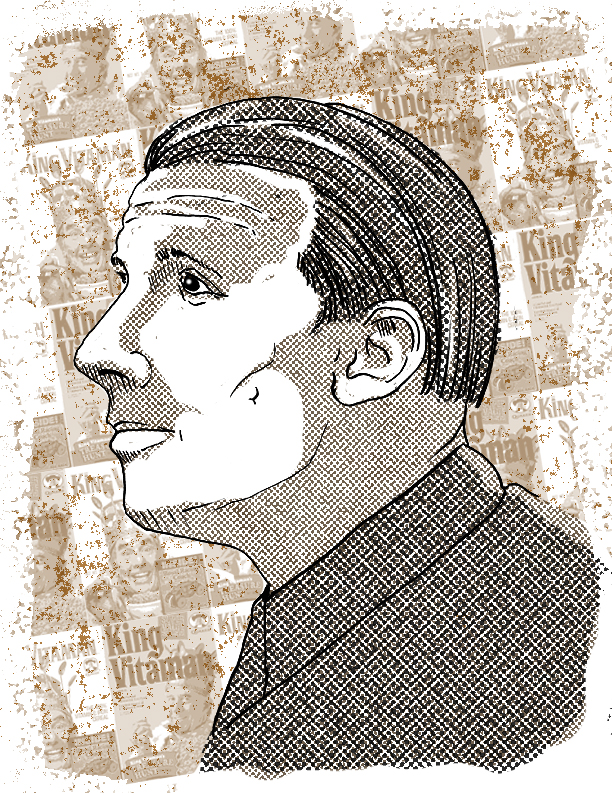 Tall, lanky George Mann played center on the Venice Union Polytechnic High High School basketball team. He also served as vice president of the school’s drama club… and that was his true calling. He starred in a production of the farce What Happened to Jones?, along with classmate, future actress (and future mother of singer Jack Jones) Irene Hervey.

After high school, he teamed up with another classmate to perform as a dance team in the Los Angeles area. He split with his partner and signed on with a talent agency, at first as a single. Soon he partnered with dancer Dewey Barto (future father of comedic actress Nancy Walker). The duo played their pronounced height difference to humorous effect. George stood at six feet six inches and Dewey was just under five feet. They were offered a ten-year contract with notable show business representatives Fanchon and Marco Enterprises.

The team of Barto and Mann took vaudeville stages by storm, appearing the rave reviews across the country. They played packed houses in huge theaters, including Earl Carroll‘s Hollywood showplace. They even toured Europe in the summers before World War II. In the waning days of vaudeville, the pair joined the popular Hellzapoppin‘ musical revue. George and Dewey finally parted ways in 1943 when George began working for Douglas Aircraft Company providing entertainment for employees.

After World War II, George took fewer entertainment jobs, deciding to devote his efforts to photography. During his time in vaudeville, he took thousands of photographs, developing his artful technique and his composition skills. He tinkered with photographic equipment, eventually developing a looping playback device that became the forerunner to the 8-track tape machine. He also invented a 3-D viewer that would display the 3-D photographs he was taking with his 35mm Stereo Realist cameras. He photographed various scenes around Southern California. George was able to lease viewers to assorted business where people would wait for services, like restaurants and doctors offices. Every few weeks, he would switch out the images for a new set, including 3-D shots of Catalina Island, Disneyland, Knott’s Berry Farm, Pacific Ocean Park, Watts Towers, Palm Springs and Las Vegas. Always enterprising, George supplied a regular rotation of nude photos to the viewers he placed in bars.

In the 1970s, George returned to an acting job of sorts. He signed with the Quaker Oats company to portray the mascot for their new cereal “King Vitaman.” For nearly a decade, George’s royal, though friendly, face appeared on cereal boxes, as well as in commercials for the product. After George’s death in 1977 at the age of 71, the company switched to a cartoon version of the mascot.