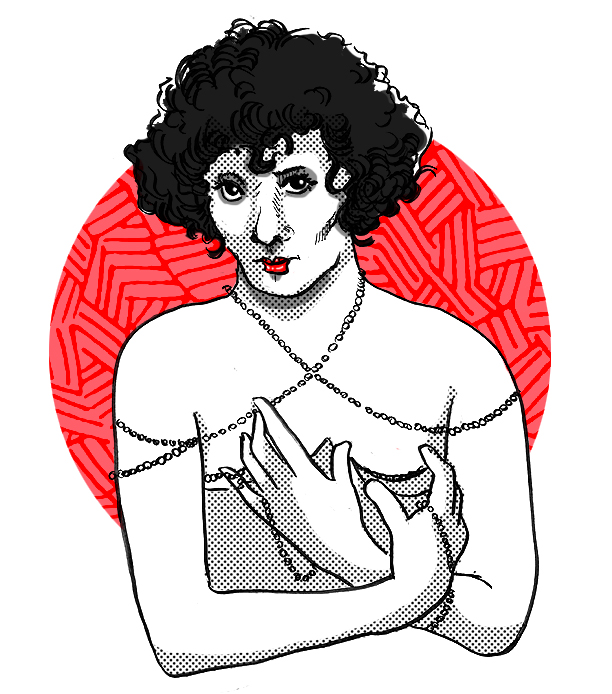 Born in Australia to vaudeville performer parents, Mae Busch traveled to the United States in 1896. As a child, she stayed in a New Jersey convent while her parents toured the country. But, at the age of 12, Mae joined the act. Soon she was getting roles on her own, including a spot in Over the River with star Eddie Foy.

She was cast in film roles beginning in 1912. Mae was featured in the drama The Grim Game alongside Harry Houdini. She moved on to two-reelers at Keystone Studios. Mae began a secret affair with studio head Mack Sennett. The couple was caught by Mack’s fiancé, actress Mabel Normand. Normand, a one-time friend of Mae’s, was furious. In the heat of the confrontation, Mae threw a heavy vase at Normand, inflicting minimal, but some, physical damage. Normand ended her engagement to Sennett and Mae was dismissed.

Signing with Metro-Goldwyn-Mayer, Mae blossomed on the silver screen. She gained popularity as “The Versatile Vamp.” She was featured in films directed by Erich Von Stroheim, as well as the thriller The Unholy Three with Lon Chaney. In 1926, at the height of her popularity, Mae suffered a nervous breakdown and walked out on her Metro contract. Later, she was able to get work with smaller studios, but only in supporting roles.

Producer Hal Roach reignited Mae’s career with a leading role in Love ’em and Weep with Laurel and Hardy. She would go on to appear in 13 of the comedy duo’s films, alternating between sympathetic characters and gold-digging floozies. In 1936, she parted ways with Laurel and Hardy after the release of The Bohemian Girl, in which she played Oliver Hardy’s argumentative wife. She took small, mostly uncredited roles for the remaining ten years of her career.

Mae entered a Los Angeles sanitarium in 1946. She passed away from colon cancer after suffering for five months. Mae was 54 years old. Her cremated remains went unclaimed for nearly thirty years, until a local chapter of The Sons of the Desert, the international Laurel and Hardy appreciation society, had them permanently interred at the Chapel of the Pines Crematory in Los Angeles.