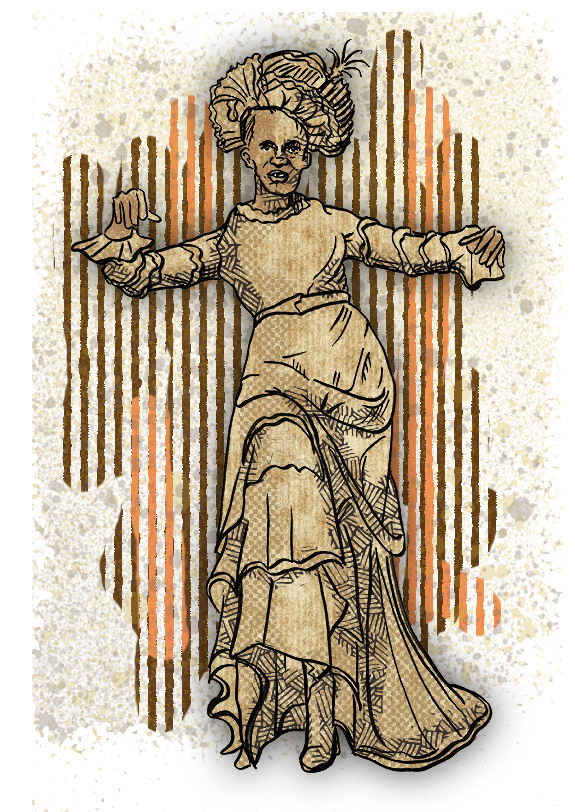 Almost a century before Stonewall, William Dorsey Swann — known to his acquaintances as “The Queen” — fought for gay rights.

Born into slavery around 1860, William grew up in a tumultuous time in American history. He was freed under Abraham Lincoln‘s Emancipation Proclamation, but the Ku Klux Klan were a rising power in the campaign of suppression. William, one of the first documented Americans to use the term “drag queen,” was a fierce proponent of equal treatment for all people — specifically blacks and more specifically gay blacks. William organized regular drag balls for formerly-enslaved colleagues in secret locations throughout the Washington, DC area. While no laws regarding cross-dressing existed, William was careful to avoid the wrath of local police who looked for any excuse to harass and incarcerate those whom they deemed “different” and “threatening.”

In 1882, police discovered one of William’s lavish gatherings and arrested the organizer for silverware. William was furious. He and other attendees clashed with police, culminating in a violent resistance. The drag balls were often raided by police, resulting in the first documented arrest for charges of female impersonation in 1888. In 1896, William was again arrested, this time for running a brothel, a false charge, and jailed for 10 months. He wrote to President Cleveland requesting a pardon. His request was denied, but, undiscouraged, he continued to be a vocal supporter of gay rights.

William eventually passed the drag ball organization duties on to his brother, who happily continued the traditions. He even designed and created elaborate costumes with William as his inspiration.

William also mysteriously dropped out of history records. It is unclear when exactly he passed away.