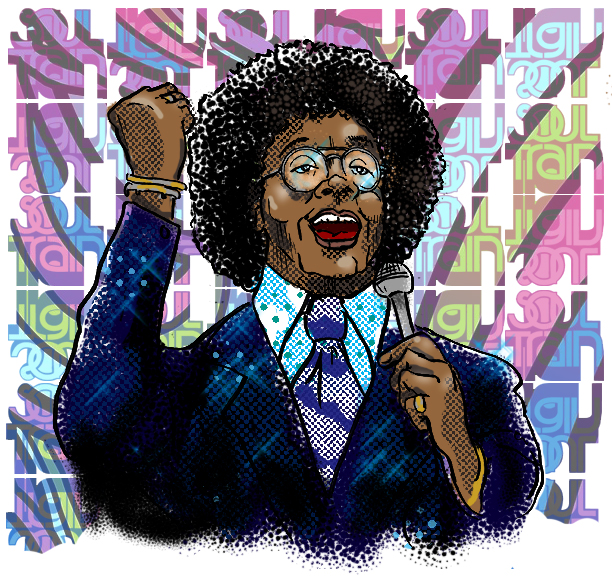 After a stint in the United States Marine Corps, Don Cornelius tried his hand at a number of different jobs. He sold tires, then cars and finally insurance. He even joined the Chicago Police. But, the thirty-year old husband and father of two took a chance on a three-month broadcasting course. Upon completion, he landed a position at a Chicago radio station where he served as a disc jockey, as well as a news reporter.

After a year, he switched to local television, where he hosted a show called A Black’s View of the News. The program, which focused on issues affecting African-Americans, was very popular. Don was able to launch a daily music show, specifically to appeal to the sorely- overlooked African-American teen demographic. The show, dubbed Soul Train, entered national syndication in 1971, featuring former Temptation Eddie Kendricks, Gladys Knight & the Pips, and Honey Cone  on its debut broadcast. Don was instrumental in introducing African-American musical acts to a wider audience. Sure, they were appearing on The Ed Sullivan Show and Hollywood Palace, but Soul Train had a different feel and the artists felt a more welcoming and comforting atmosphere. In addition, the program showcased African-American culture and gave a stage to lesser-known performers that were only played on so-called “black” radio stations. Soul Train also featured a regular group of young and energetic dancers who were influential among the home audience.

As host of Soul Train, Don was “your television friend.” His deep voice, iconic afro and timely fashions made him a reason to tune in to Soul Train. His daily sign-off — “and you can bet your last money, it’s all gonna be a stone gas, honey! I’m Don Cornelius, and as always in parting, we wish you love, peace and soul!” — became his trademark.

But Don Cornelius’s life was not without its troubles. In 1982, he underwent a lengthy brain operation to correct a congenital deformity. He admitted that he never felt the same post-surgery. He began to consider retirement from Soul Train and eventually did in 1996. In 2008, he was arrested and charged with spousal abuse. After many denials and two restraining orders obtained by his estranged wife, Don relented with a plea of “no contest.” He was sentenced to 36 months of probation.

After his retirement from Soul Train, Don essentially retired from public life, as well. In February 2012, police were summoned to his Los Angeles home, where they discovered 75 year-old Don Cornelius dead from a self-inflicted gunshot. His son later said that Don had been diagnosed with early signs of Alzheimer’s Disease and was in constant extreme physical pain. He explained that, prior to his death,  Don often expressed  “I don’t know how much longer I can take this.”