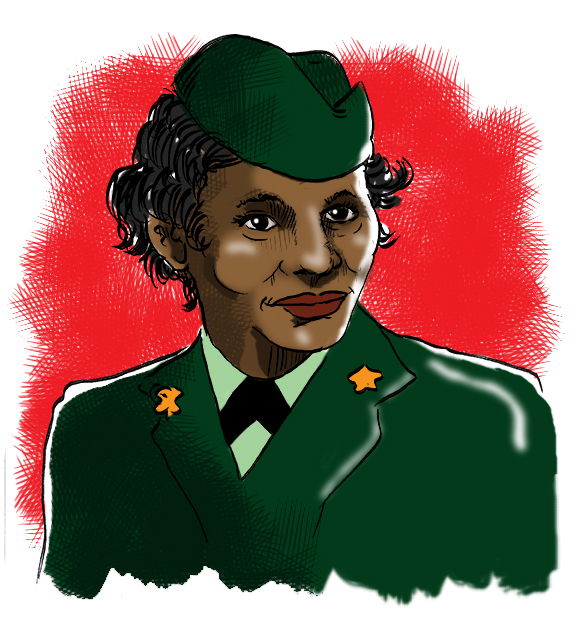 Over the 1921 Memorial Day weekend in Tulsa, Oklahoma, a 19 year-old African-American shoeshiner named Dick Rowland was accused of assaulting a 17 year-old white woman named Sarah Page. Rowland was taken into police custody. A group of angry white members of the community stormed the courthouse. Rumor spread among the black community that Rowland had been lynched. A mob scene swelled. Shots were fired. Violence heightened as white mobs looted and ravaged the black neighborhoods of Tulsa. The National Guard managed to get things under control on June 1. The riots left an estimated 10,000 blacks homeless, with property damage amounting to more than one-and-a-half million dollars. The death toll was an unconfirmed 200. Seven-year-old Olivia Hooker survived.

Olivia and her family moved from Tulsa to Columbus, Ohio. She attended and received a bachelors degree from Ohio State University, eventually becoming a third grade teacher. She applied to join the WAVES, but was rejected due to her ethnicity. She argued the decision and was subsequently accepted, however, she decided to join the Coast Guard instead, becoming the first African-American woman to join that branch of the service. She served until her unit was disbanded. She went on to work with the mentally disabled at a facility in New York.

In 2003, Olivia was part of a lawsuit filed against the city of Tulsa seeking compensation due to the local governments’ involvement in the massacre of 1921. The US Supreme Court dismissed the case without comment in 2005.