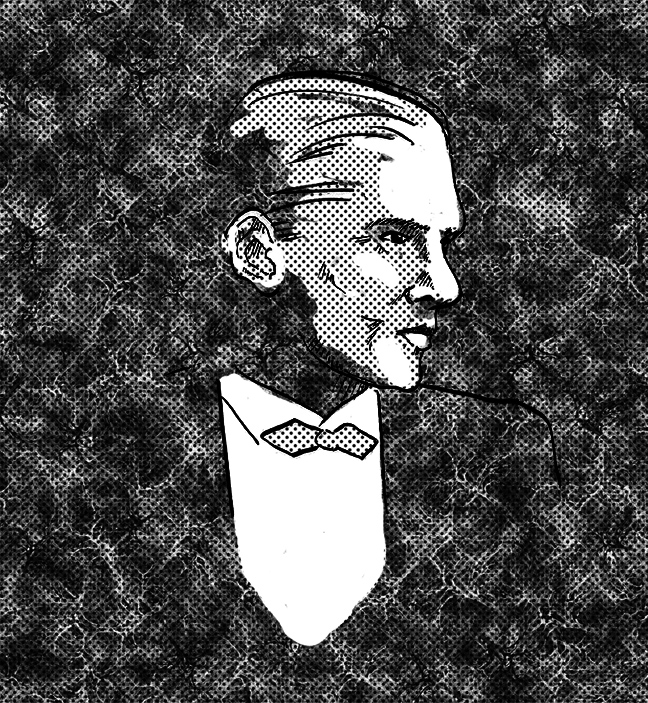 Johann Hölzel was determined to be a pop star. Exhibiting a natural musical talent, young Johann began playing in various bands in the Vienna Underground music scene. Bucking trends set by the crowds, Johann presented a clean-cut image, sporting short hair, dark glasses and stylish clothing. He played bass under the stage name “John DiFalco” and soon shortening it to just “Falco.” One night in 1981, he was performing his compositions “Ganz Wien” (“All of Vienna”) at a concert to promote drug prevention, when he received an offer to sign a recording contract. Ironically, the song contains the line “All Vienna is on heroin today.”

Falco had difficulty with his first single. He wanted it to be “Helden von heute” (“Heroes of Today”), but his record label insisted on the B-side, a catchy tune that included a rap, entitled “Der Kommissar.” The song failed to chart in the United States and Great Britain. But a British group called After the Fire covered the song in English and American singer Laura Branigan recorded it with different words and a different title. “Der Kommissar” found a new audience in the wake of these two versions and became a latent hit. However, his follow-up failed to chart.

In 1986, inspired by the success of Oscar-winning film Amadeus, Falco wrote and recorded “Rock Me Amadeus.” It became an international hit, reaching Number One on over a dozen charts worldwide. It also earned Falco the distinction of being the first male rap artist to score a Number 1 hit in the US. His next two singles, “Vienna Calling” and “Jeanny” were also well received, although “Jeanny,” which was sung entirely in German, was controversial in its subject matter. It depicted a rape from the point of view of the rapist. With the inclusion of three popular songs, Falco’s album Falco 3 was critically praised.

Falco enjoyed continued success in Europe while his popularity in the United States waned. He released a follow-up to “Jeanny” that failed to chart and a comeback in the US was also a failure. Falco moved to the Dominican Republic in the early 1990s, while he worked on another proposed comeback album, Out of the Dark (Into the Light).

Just 13 days before his 41st birthday, Falco was killed when his Mitsubishi SUV collided with a bus on a narrow road between the Dominican towns of Villa Montellano and Puerto Plata.