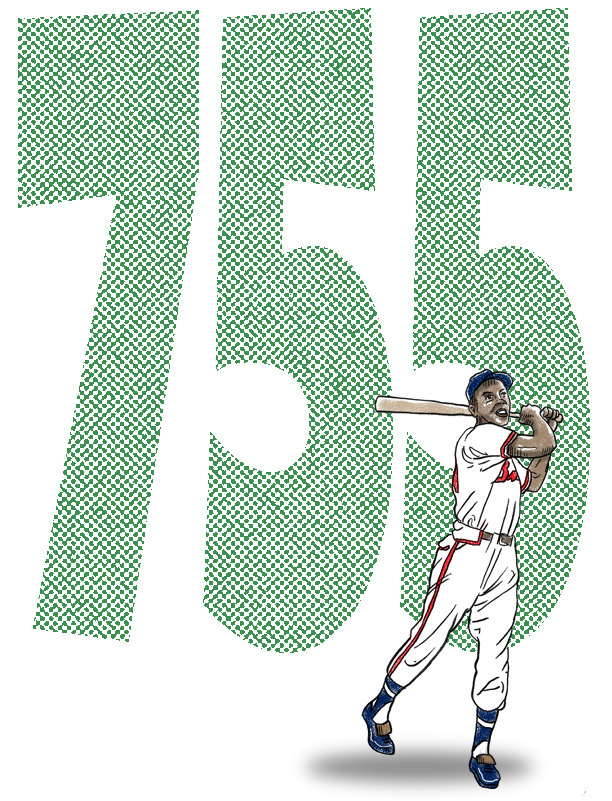 Veterans Stadium was the home of the Philadelphia Phillies from 1971 until yielding the title to beautiful Citizens Bank Park in 2004. Veterans Stadium was anything but beautiful, however, I did get to see some of baseball’s immortal players at that hell hole. One of those players was the legendary Hank Aaron. He was one of the last connections to the celebrated glory days of baseball heroes that I actually got to see play.

I remember it was a bright Sunday afternoon and the Braves were in town to have their chance at stomping all over the notoriously awful Phillies of the 1970s. Hank Aaron wasn’t in the announced starting lineup — much to the collective disappointment of the crowd. The stadium was unusually crowded that day. Not for the Phillies, though. No, everyone was there to catch a glimpse of “Hammerin’ Hank” as he slowly, but surely, chipped away at Babe Ruth‘s home run record — a record previously deemed unapproachable.

As the game wound down to late innings, Hank Aaron made a plate appearance as a pinch hitter. I don’t remember how he fared, but I do remember a lengthy standing ovation — one he acknowledged with a tip of his hat.

Hank Aaron was one of the last of a breed. A role model for kids who rifled through wax-wrapped packages of baseball cards. An unassuming champion who pursued — and broke — a long-standing record held by another legend. A class act — beloved by fans and rivals alike, unencumbered by scandal or controversy.

When Hank Aaron’s lifetime homerun record was shattered by Barry Bonds, it wasn’t the same. It didn’t hold the same excitement as when Hank Aaron overtook Babe Ruth. Aaron and Ruth were part of a mythical club, filled with facts and figures, evolving rules and stories with characters that stood alongside Paul Bunyan and Pecos Bill. It was a time devoid of chemical enhancement — aside from the brewed and foamy kind.

Hank Aaron passed away today at the age of 86. He took with him one more piece of the “Golden Age of Baseball.”