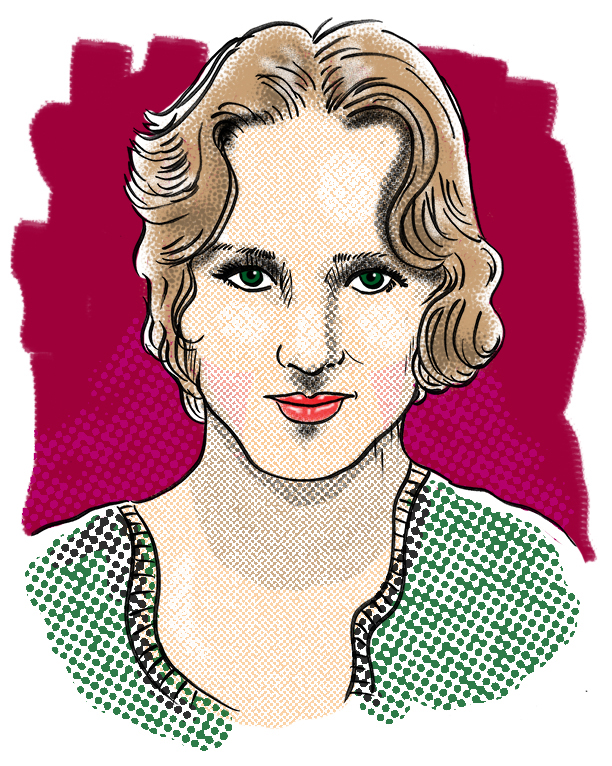 Virginia Cherrill really didn’t want to be an actress. She even turned down an invitation to join the elite Ziegfeld Follies — an offer that came for Florenz Ziegfeld himself. But, Virginia’s friend Sue Carol, an actress-turned-agent was very persuasive.

Virginia was cast as an extra in Howard Hawkes 1928 film The Air Circus, the first of the then-popular aviation-themed films to include spoken dialogue. A chance meeting at a boxing match lead to a co-starring role in Charles Chaplin‘s City Lights. (In his autobiography, Chaplin claimed that an anxious Virginia approached him at the beach.)

Virginia butted heads with Chaplin on the set of City Lights. The actor-director-screenwriter-producer was pleased with her performance, but not with her lack of professionalism. One day, after she left the set early to keep an appointment at the hairdresser, an outraged Chaplin fired Virginia. He planned to re-shoot all of Virginia’s scenes with Georgia Hale stepping into the role. But, with the budget stretched thin and scheduling way behind, Chaplin was backed against a wall. He sheepishly asked the actress to return. Her friend, shrewd actress Marion Davies, convinced Virginia to demand more money to return to the picture. Chaplin had no choice but to double her salary to get his movie completed.

Virginia appeared in a dozen more movies over the next five years, including White Heat with James Cagney and the George Gershwin musical Delicious. She was briefly married to actor Cary Grant along the way.

In 1936, Virginia called it a career. She never achieved the famed and success that City Lights had promised. Her last few films went almost unnoticed and she admitted that she was “no great shakes'” as an actress. She lived in Santa Barbara, California with her fourth husband until her death in 1996 at the age of 88.