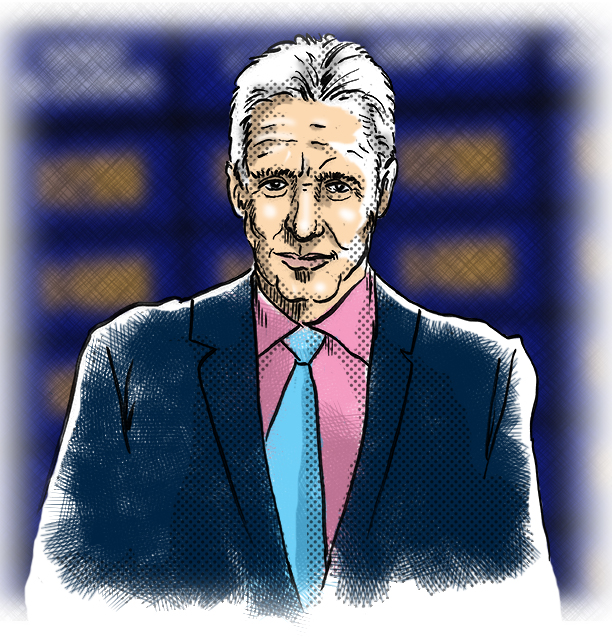 As my wife and I progress into the later stage of our lives, we have begun purging the many items on display in our home. The first thing to go was our massive, thirty-plus year collection of Disney memorabilia. That itself was a huge undertaking. We were kept busy for over a year, listing each and every item on eBay. Once we listed and sold everything that we believed would spark some interest and possibly net a few dollars, we began to assess the other collections that are exhibited throughout our house. We sold our Flintstones collection. We sold our Zorro collection (which we kept separate from our Disney collection, in a kind of obsessive-compulsive justification). We sold our 1964 Worlds Fair collection. We sold our baseball memorabilia collection. We sold our vinyl 45s collection… that is, the ones that escaped a “once-over” by our music aficionado son. We even sold some items that didn’t necessarily fall into the “collectibles” category. The one collection that remains intact is our extensive accumulation of autographed pictures, although, I no longer add to it.

We began collecting autographed pictures about thirty years ago. We often attended large collectible shows where the organizer would contract a few “celebrities” as an enticement for the potential baby-boomer attendees. One of our first encounters was at the nearby Valley Forge Convention Center, where we spent an inordinate amount of time with former child actor Butch Patrick (little “Eddie Munster” from the mid-60s sitcom The Munsters) and couldn’t get anywhere near teen heartthrob Davy Jones. Over the years, we met the full spectrum of celebrities — from Oscar winners to those former child stars forgotten by Hollywood once puberty set in. At the conclusion of these autograph shows, I would leave with an armful of personally-inscribed glossy 8 x 10s and my wallet a whole lot lighter. Our collection, however, did not begin with a face-to-face meeting with an entertainment personality seated behind a folding table stocked with a photographic retrospect of their career. Not at all. It actually began without our knowledge.

Sam, one of my best friends from high school, had had just about enough of dealing with a smothering mother and a ridiculous amount of snow every winter. Just after graduating from college, he packed a suitcase and his Bachelors Degree in Quantitative Business Analysis (whatever that is) and headed 2700 miles west to Los Angeles. He had no plans, no prospects and no place to live. But he went anyway. My relationship with Sam was great, but a little unusual. Months could pass without a single word of contact and then — out of the blue — he’d call and it was as though we had spoken earlier in the day. A few months after Sam’s cross-country pilgrimage, I got that call. He had settled in a small apartment in Redondo Beach and was working as a page at a television production studio. I asked if he was pursuing a position in his chosen major and he laughed. He told me that he was trying out for a role on a soap opera. Then I laughed. Then I thought for a minute. Sam was a good looking guy, frequently fighting the girls off in our high school years. Why not? He would fit in perfectly among those dark-haired, square-jawed hunks that regularly paraded around on those campy daytime dramas. I wished him luck in his new career choice and asked that he keep me informed on his progress. Before we ended our conversation, he told me to check my mail, as he sent me a surprise that would arrive soon. 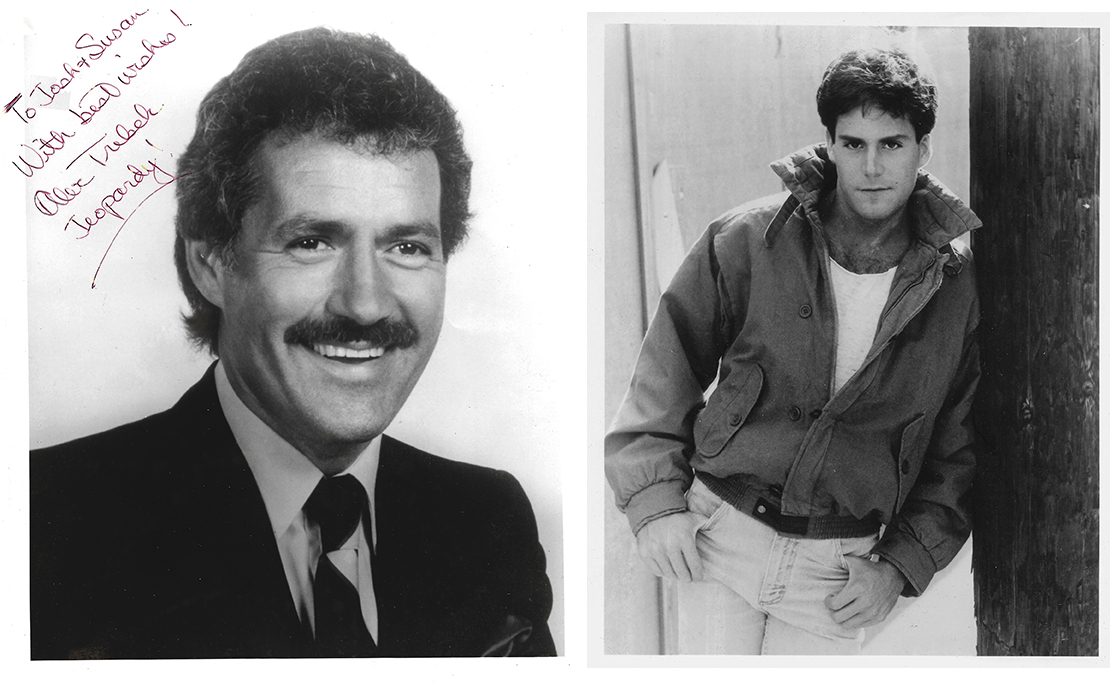 True to his word, a large manila envelope was delivered to my front door a few days later. I excitedly opened it and extracted a glossy black-and-white photo of Alex Trebek, the host of the new revival of the classic game show Jeopardy!, a 60s staple now returning in a syndicated nighttime version. Just above Alex’s dark, curly locks was the inscription: “To Josh & Susan, With best wishes! Alex Trebek Jeopardy!” in purple ink. My wife and I laughed. Sam also included a photo of himself staring intensely at us. It was a typically 80s posed promo shot in which he wore a scoop-neck t-shirt under a popped-collared jacket, his thumbs coolly locked into the edges of his jean’s front pockets. This one, to my dismay, was unsigned. I called Sam immediately (at the last number I had for him — which, in later years — didn’t always work). I thanked him for the picture. He told me that he works a lot in the studio where Jeopardy! is filmed and that Alex Trebek is a really nice, really gracious and humble guy. (On a subsequent call, he told me that Mr. Trebek bought and distributed California State Lottery tickets to each member of the show staff as a holiday gift — a dozen tickets each!)

Sam’s eventual career in front of the camera was only mildly successful. He appeared in the background in scenes of a number of soap operas. He was an uncredited “extra” in Prizzi’s Honor with Jack Nicholson and Perfect with Jamie Lee Curtis and John Travolta. He was in Teen Wolf, as one of star Michael J. Fox’s teammates. Although Sam has no lines and, again, is uncredited in the film, he is featured prominently in several scenes. (He can be spotted in a party scene, catching a basketball tossed over the head of Fox. He can also be seen on the bench with a towel draped around his neck during the climactic basketball game.) Aside from that, he never reached the level of stardom for which we had all hoped.

Sam left the Los Angeles area for the dry, desert clime of Phoenix, Arizona. Here, he used his keen intellect to enter the fledgling world of home computers. He developed software and served as a consultant to large companies. Eventually, Sam dealt with a dark pall of clinical depression which he had successfully hidden from his friends. He took his own life in March of 2010.

Thanks to Sam, I have a basement whose walls are adorned with hundreds of color and monochrome photos of all levels of celebrities — each one inscribed with either a generic message or a personal note that references a highlight of our brief interaction. The photo of Alex Trebek holds a special place in my collection. There is another photo that also holds a special place. But, I could never get the subject to sign it for me.