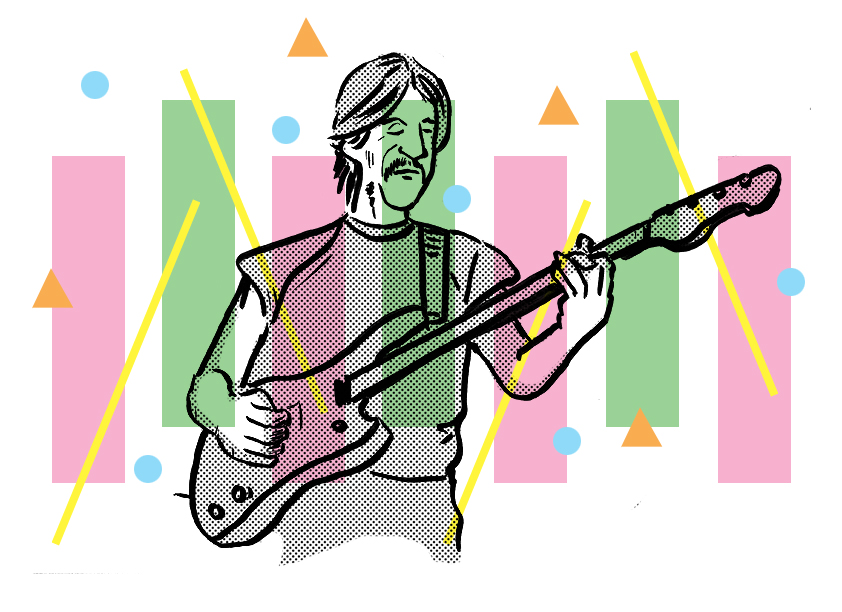 If you ever heard any kind of popular American music — either from your radio or your record player — chances are, you’ve heard Gerry McGee play the guitar.

The son of popular Cajun fiddler Dennis McGee, Gerry developed his own style of guitar-playing as a teen, influenced by Jimmie Rodgers, Chet Atkins and Lefty Frizzell, as well as the music played by his father. He moved to Los Angeles where his prowess and reputation led him to become an in-demand session player. His guitar work is prominent on early recordings by The Monkees. At various times, Gerry backed Elvis Presley, Linda Ronstadt, The Everly Brothers and many others. He even played lead guitar on the novelty hit “Alley-Oop” by The Hollywood Argyles.

He replaced founding member Nokie Edwards in the instrumental group The Ventures. Gerry played lead guitar on their rendition of the theme to the TV drama Hawaii Five-0. He toured and recorded with the band until 1972, when he left to play with John Mayall and tour with Kris Kristofferson and Dwight Yoakum. Gerry returned to The Ventures in 1985, playing and touring with the band ever since. He was inducted into the rock and Roll Hall of Fame in 2008 as a member of The Ventures.

Gerry even found time to pursue an acting career, appearing in films and television including a small role in the 1976 remake of A Star is Born, where his character, among other things, slaps Barbra Streisand on the ass.

In October 2019, while on tour in Japan, Gerry suffered a heart attack on stage and collapsed. He was taken to a hospital, where he passed away. Gerry was 81.